Ruislip Manor is an area of Ruislip in the London Borough of Hillingdon. It is located approximately 13 miles (20.9 km) north west of Charing Cross. The area was originally owned by King's College, Cambridge, as a part of the Manor of Ruislip. At the turn of the 20th century, Ruislip Manor was undeveloped rural land until a halt was constructed in 1912 as part of the Metropolitan Railway running between Harrow and Uxbridge. George Ball later purchased 186 acres to the south of the railway line from King's College with construction of the new estate taking place between 1933 and 1939. Ball hoped the new housing would be available to the working man who wished to purchase his own home. The original plan under the "Manor Homes" name had been for 2,322 homes which Ball agreed would not number more than 14 per acre. The total number of houses was gradually reduced by 50 in 1934, then a further 35 in 1935, to allow the inclusion of Lady Bankes Primary School, St. Paul's Church and the Black Bull public house. The school was designed by the Middlesex County architect W.T. Curtis and the assistant architect for educational buildings, H. W. Burchett. A temporary school was opened by the Ruislip-Northwood Urban District Council on 17 October 1934 in the Victoria Hall. Lady Bankes School opened on 7 January 1936, named after Mary, Lady Bankes who had defended Corfe Castle from the Roundheads in the English Civil War. The railway halt was later rebuilt as a station in 1938 and became Ruislip Manor tube station. Along with surrounding areas, Ruislip Manor suffered from heavy aerial bombardment from the Luftwaffe during the Second World War because of its proximity to the fighter airfield RAF Northolt.

Ruislip Manor Football Club was formed in 1938. After the war the club joined the London League, finishing as runners-up under player-manager Charlie Drinkwater in the 1951–52 season. The club left the London league in 1958 to join the London Spartan league and stayed in that league until the 1965–66 season upon when they joined the Athenian league. Starting in Division two they remained there for seven seasons, they were promoted as Champions in the 1972–73 season. Another 12 seasons passed and the club left the Athenian league, and joined the Isthmian League in Division Two South. 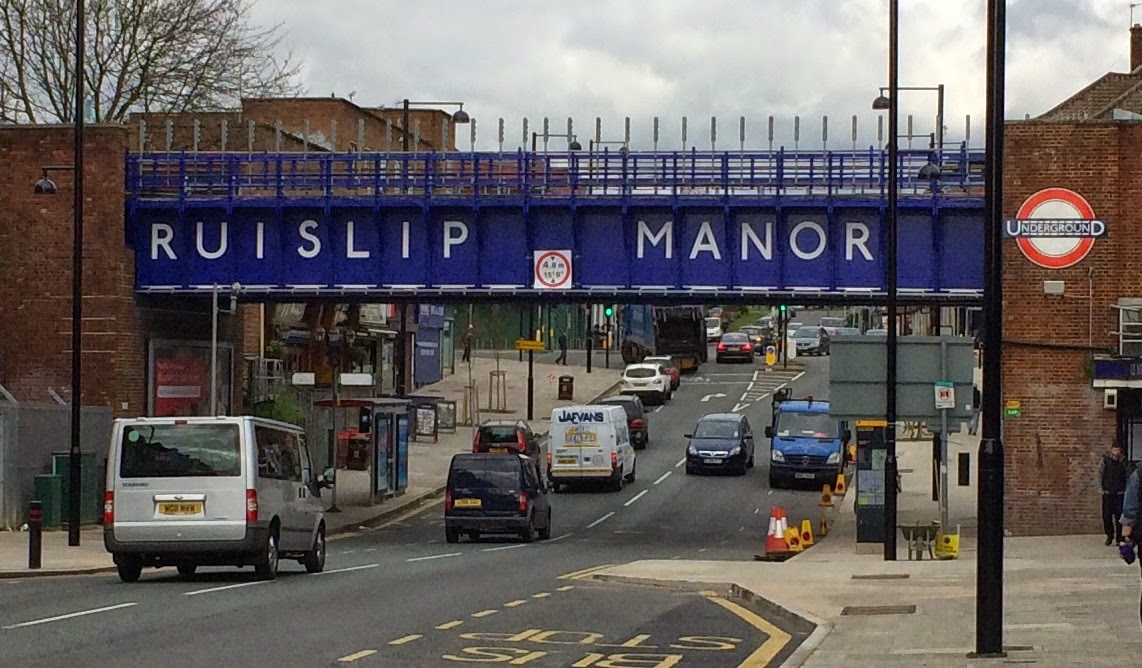 This Pieman visited Grosvenor Vale using the Metropolitan Line to and from Ruislip Manor station. A young Chelsea team won this Middlesex Charity Cup tie by five goals to nil. 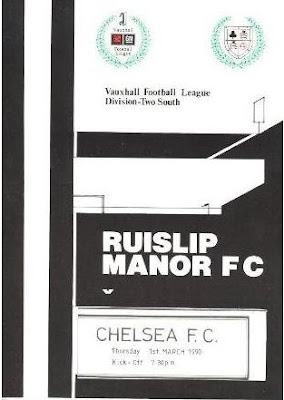