Newport is a civil parish and a county town of the Isle of Wight, an island off the south coast of England. The town is situated slightly to the north of the centre of the Island, at the head of the navigable section of the River Medina, which flows northward to the Solent, and on which the town has a quay. There are signs of Roman settlement in the area, which was probably known as Medina, including two known Roman villas one of which, Newport Roman Villa, is excavated and open to the public. There was little later use until after the Norman Conquest with the first charter being granted late in the twelfth century. In 1377 an invading French force burnt down much of the town while attempting to take Carisbrooke Castle, then under the command of Sir Hugh Tyrill. A group of French were captured and killed, then buried in a tumulus later nicknamed Noddies Hill, a "noddy" being medieval slang for a body. This was later corrupted to Nodehill, the present-day name for a part of central Newport – a name confusing to many as the area is flat. In 1648 Charles I and a group of Parliamentary Commissioners concluded the Treaty of Newport, an attempt at reaching a compromise in the Civil War, undermined by Charles's negotiations with the French and Scots to intervene on his behalf. The Treaty was repudiated by Oliver Cromwell upon returning from defeating the Scots at The Battle of Preston leading to Charles's execution. The town was incorporated as a borough in 1608. The town's position as an area of trade accessible to the sea meant it rapidly took over from Carisbrooke as the main central settlement, eventually absorbing the latter as a suburb. The borough ceased to exist in 1974 after the incorporation of the larger Borough of Medina. 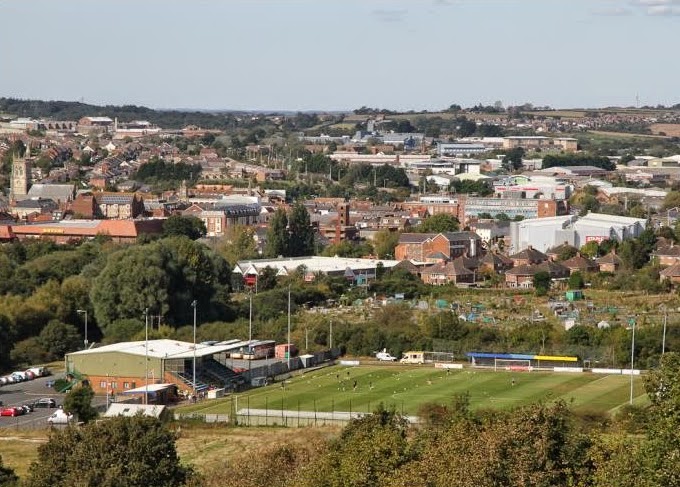 Newport IOW FC was formed in 1888, and in 1898 became founder members of the Isle of Wight League. The club went on to win the league championship four times before joining the Hampshire League in 1927. The club remained in the Hampshire league until 1986 when they joined the Wessex League on its formation. They play their home games at St Georges Park. 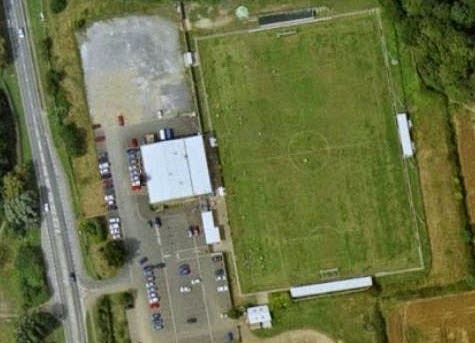 This Pieman travelled to the Isle of Wight on the ferry from Portsmouth Harbour. Alighting at Ryde, I caught a bus to Newport. After refreshment in town it was no more than a five minute walk out to St Georges Park. AFC Totton narrowly won this match by the only goal. 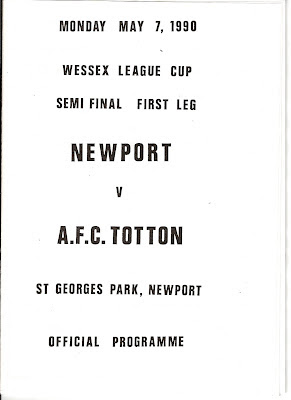