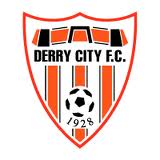 Derry or Londonderry is the second-largest city in Northern Ireland and the fourth-largest city on the island of Ireland. The name Derry is an anglicisation of the Irish name Daire or Doire meaning "oak grove". In 1613, the city was granted a Royal Charter by King James I and the "London" prefix was added, changing the name of the city to Londonderry. While the city is more usually known as Derry, Londonderry is also used and remains the legal name. Derry is one of the oldest continuously inhabited places in Ireland. The earliest historical references date to the 6th century when a monastery was founded there by St Columba or Colmcille, a famous saint from what is now County Donegal, but for thousands of years before that people had been living in the vicinity. The town became strategically more significant during the Tudor conquest of Ireland and came under frequent attack, until in 1608 it was destroyed by Cahir O'Doherty, Irish chieftain of Inishowen. The soldier and statesman Henry Docwra, 1st Baron Docwra of Culmore, made vigorous efforts to develop the town, earning the reputation of being " the founder of Derry"; but he was accused of failing to prevent the O'Doherty attack, and returned to England.


Derry City Football Club was founded in 1928.  The home ground is the municipal Brandywell Stadium, situated just south-west of the Bogside in the Brandywell area of Derry. It is often abbreviated to "the Brandywell" and is also a local greyhound racing venue, with an ovoid track encircling the pitch. The players wear red and white striped shirts from which its nickname, the Candystripes derives.  Others refer to the club as the Red and White Army or abbreviate the name to Derry or City. Derry fans are known for their loud passionate singing to support the team throughout the entire 90 minutes of their matches. Included in their repertoire is the song 'Teenage Kicks' by the Undertones, which by now has become the club's unofficial anthem. 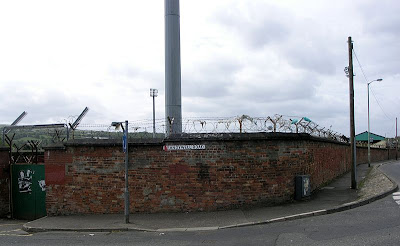 This Pieman was delighted to visit the Brandywell for this pre-season match against Tottenham Hotspur. Spurs won 3-0 but the real highlight was the hospitality enjoyed at the Brandywell public house both before and after the match. 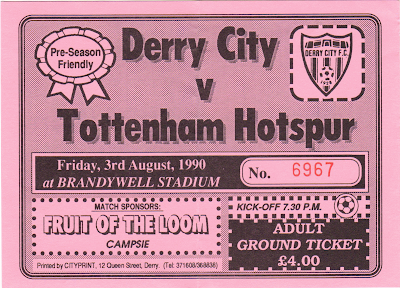 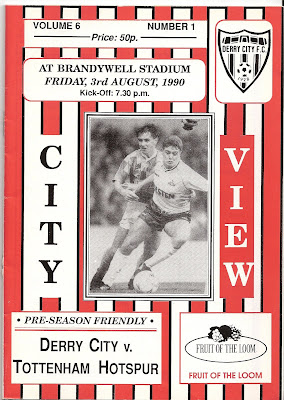