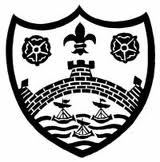 The city of Cambridge is a university town and the administrative centre of the county of Cambridgeshire, England. It lies in East Anglia, on the River Cam, about 50 miles (80 km) north of London. Adjacent to the M11 and A14 roads Cambridge is around 50 minutes from London Kings Cross by non-stop train, with other rail links to Norwich, Birmingham and elsewhere. During the Second World War, the town itself escaped relatively lightly from German bombing raids, which were mainly targeted at the railway. Several fairs and festivals take place in Cambridge, mostly during the British summer. Midsummer Fair dates back to 1211, when it was granted a charter by King John. Today it exists primarily as an annual funfair with the vestige of a market attached and is held over several days around or close to midsummer's day. 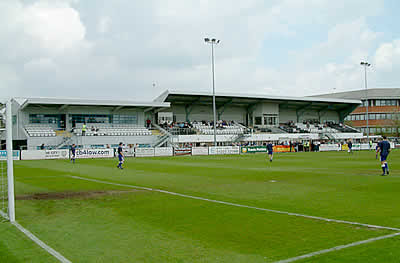 Cambridge City FC was founded in 1908 as Cambridge Town FC, playing in amateur leagues until Cambridge was formally granted city status in 1951, when they also changed their name to Cambridge City FC. In the late 1950s and 1960s City commanded the highest attendances in non-league football, regularly attracting average gates in excess of 3,500 (higher than rivals United during that period). In 1970 Cambridge United were elected into the Football League, and from that point City struggled to attract supporters to their games (less than 200). 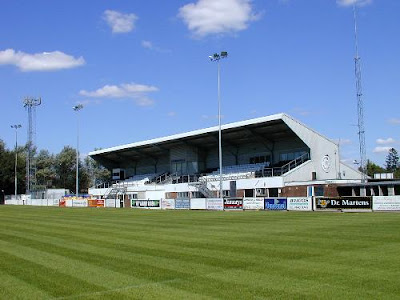 The City Ground (also known as "Milton Road"), is Cambridge City's home ground and is located in the Chesterton area approximately 1 km north of the city centre. The original ground was one of the largest outside the football league and was estimated to have a capacity in excess of 16,000, although the highest recorded attendance was 12,058 in 1950. In the mid 80's, part of the land the original ground stood on was sold for redevelopment, with a new ground built on the remaining land. The capacity of the new ground was approximately 3,000 with 700 seats. 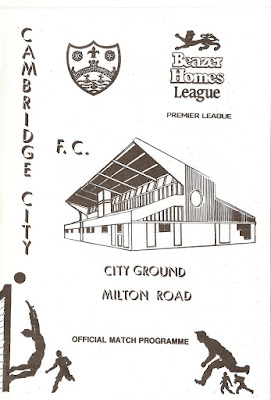