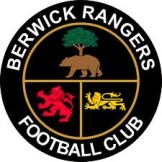 Berwick-upon-Tweed is a town in the county of Northumberland and is the northernmost town in England, on the East Coast at the mouth of the River Tweed. It is situated 2½ miles south of the Scottish border and is roughly 56 miles east-south east of Edinburgh, 65 miles north of Newcastle upon Tyne and 345 miles north of London. Founded as an Anglo-Saxon settlement during the time of the kingdom of Northumbria, the area was for over 400 years central to historic border war between the Kingdoms of England and Scotland. The last time it changed hands was when England retook it in 1482. Berwick remains a traditional market town and also has some notable architectural features; in particular its defence ramparts and barrack buildings. The old A1 road passes through Berwick. The modern A1 goes around the town to the west. The town is on the East Coast Main Line railway, and has a railway station. 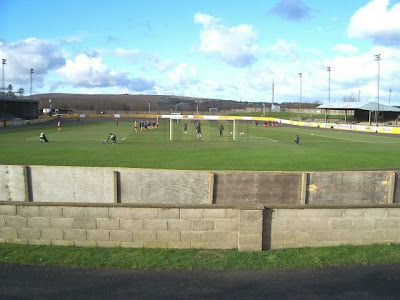 Berwick Rangers FC was officially formed on 7 January 1884 after a match was played in the town between a team of millworkers from Dunbar and a team of railway clerks from Newcastle. Their first competitive match was against another team from Berwick, 'The Royal Oaks' on 16 February 1884. The club affiliated to the Scottish Football Association around 1905 and entered the Scottish Border League, followed by the Border Amateur League (1908–09). Research revealed that the club joined the East of Scotland League immediately after the First World War, a new competition formed to replace the Borders League. 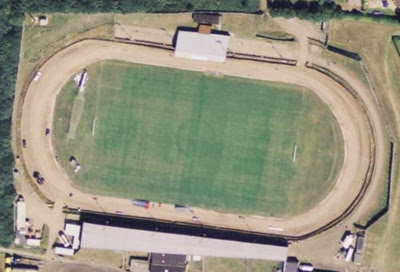 It was not until 1951 that they were admitted to Scottish Football League. The club has played in the Scottish League ever since, despite low attendances and frequent financial problems. Shielfield Park is one of the few Scottish venues that can be reached there and back from London by train on the same day. It was this fact that enabled this Pieman to travel north from London Kings Cross and after some fine ale in the town centre, I crossed the bridge over the River Tweed to the stadium. A decent encounter with Stranraer saw the home side win by the odd goal in five. A decent day out at a Scottish league match in England! 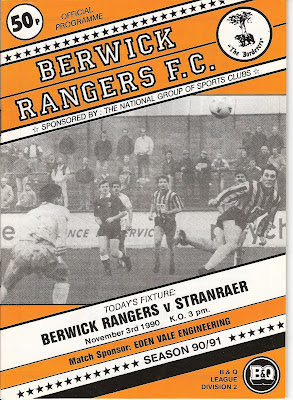