Purfleet is a town in the Thurrock unitary authority in Essex, England. It is contained between the A13 road to the north and the River Thames to the south and is within the easterly bounds of the M25 motorway but just outside the Greater London boundary. It was within the traditional Church of England parish of West Thurrock. There is some industry to the south and the area forms part of the Thames Gateway redevelopment area. Purfleet is one of seven conservation areas in Thurrock. In the 18th century, Purfleet Royal Gunpowder Magazine was established as a location for the storage of gunpowder together with a garrison to protect it. There was a constant danger of explosion as a result of lightning strikes. Benjamin Franklin was asked for advice on the design of a lightning conductor. When King George III heard what his political opponent had to say, he chose an alternative design. Magazine number 5, the only one remaining of the original five, is now the Purfleet Garrison Heritage and Military Centre and a Scheduled Ancient Monument. It is run by volunteers and contains a wide range of local and military memorabilia (including from RAF Hornchurch). In March 1916, anti-aircraft gunners based at Purfleet shot down the German Zeppelin LZ15 – a first. As a result the gunners received a prize from the Lord Mayor of London. From 1921 to 1936, Purfleet formed an urban district of Essex including the parishes of Aveley, West Thurrock and South Ockendon. It covered an area of 8,900 acres and in 1931 had a population of 8,511. The parishes and urban district were abolished in 1936 and their former area was used to form part of Thurrock Urban District. 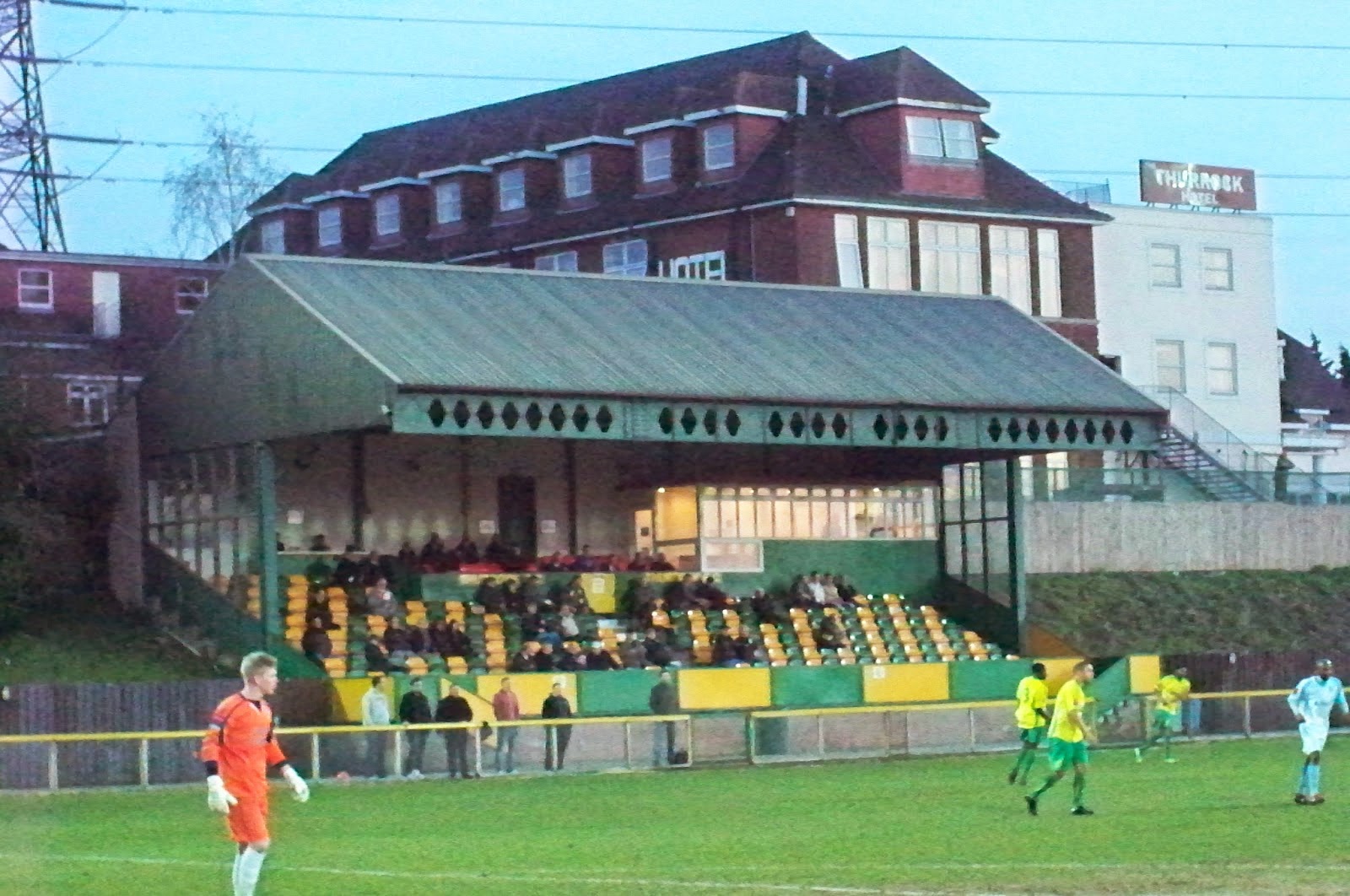 Purfleet F.C. were established in April 1985 and entered the Reserve Division of the Essex Senior League in 1985 and spent one season in that division before joining the first-team league. After finishing third and winning the league cup in their first season, they won the league and cup double in 1987–88, earning promotion to Division Two North of the Isthmian League. They finished as runners-up in their first season and were promoted to Division One. However, the following season they were relegated back to Division Two North after finishing second from bottom.


This Pieman travelled to the match by train from London Fenchurch Street to Purflleet Station. It was a bit of a hike to the Thurrock Hotel and the footpaths were not as good as they might have been! After the match I shared a cab back to the station with a reporter from the local Newbury newspaper. Purfleet beat Newbury Town 4-1 in an entertaining contest on a chilly evening. 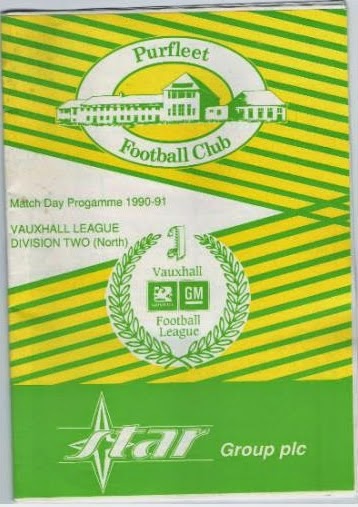 Subsequent visits to the Thurrock Hotel