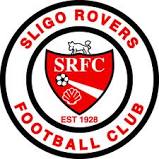 Sligo (meaning "abounding in shells”) is a coastal seaport and the county town of County Sligo, Ireland within the western province of Connacht. Despite its relatively small size, Sligo is an historic, cultural, commercial, industrial, retail and service centre of regional importance. Served by established rail, port and road links, Sligo exerts a significant influence on its hinterland. Whilst not classed as a city by the Irish government, it performs the functions of a city in its region, and is referred to interchangeably as a city and a town by both inhabitants and authorities. Sligo is also a popular tourist destination, being situated in an area of outstanding natural beauty, and with many literary and cultural associations. Situated on the coastal plain facing the Atlantic Ocean, the town is located on low gravel hills on the banks of the Garavogue river between Lough Gill and the estuary leading to Sligo bay. Sligo Harbour and Sligo city are surrounded by a mountainous skyline, with the ridges of Slieve Daeane and Killery Mountain to the south-east, Cope’s and Keelogyboy Mountains to the northeast, the highly distinctive Knocknarea to the west and Benbulbin to the north.

Sligo Rovers Football Club was formed on 17 September 1928 as a result of an amalgamation of two junior sides, Sligo Town and Sligo Blues. Their first game was a 9-1 victory against Ballyshannon in Donegal on 23 September 1928 in the qualifying round of the Connacht Cup. The club, elected to the League of Ireland in 1934, hails from Sligo and play their home matches at The Showgrounds and have done ever since their inception. The home colours are red and a white stripe across the chest, with red shorts and away colours are all white. The 1976–77 season would be one of the most successful in the club's history as the club won its first league title for 40 years and its’ second ever.

This Pieman visited Sligo as part of a two match pre-season tour to Ireland with Spurs, the second match being against Shelbourne in Dublin. The journey from Dublin was direct by train. Spurs were convincing winners of the match 4-0. 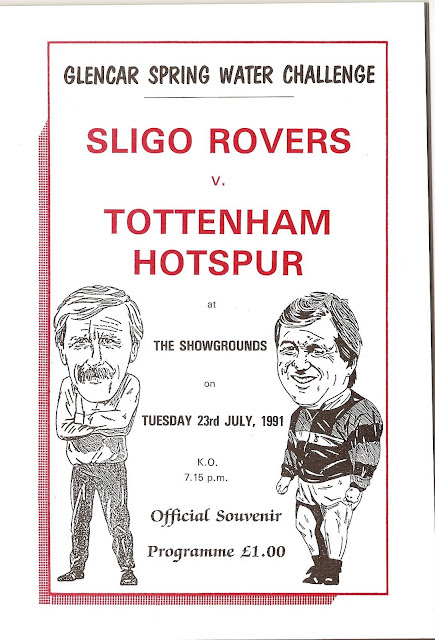