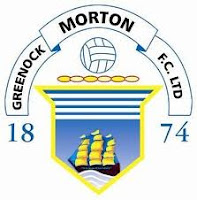 Greenock is a town and a former burgh within the historic county of Renfrewshire, located in the west central Lowlands of Scotland. It forms part of a contiguous urban area with Gourock to the west and Port Glasgow to the east. The origin of the town's name is uncertain. It is generally thought that the town is named after the Gaelic "Grianaig" meaning a sunny place. The area on which Greenock was founded included two estates: Cartsburn and Easter Greenock and Wester Greenock. Cartsburn and Easter Greenock had existed as a single estate since the rule of Mary, Queen of Scots. A small fishing village was established there sometime prior to 1592. Greenock Central railway station at Cathcart Street opened in 1841, for the first time providing a fast route from Glasgow to the coast linking up with Clyde steamer services. The provision of this new line eliminated the necessity of taking the steamer all the way down river from Glasgow. In 1869 the Caledonian Railway was bypassed by the rival Glasgow and South Western Railway which opened a station on the waterfront at Princes Pier. To regain custom, the Caledonian Railway extended (what is now known as the Inverclyde Line) the Glasgow, Paisley and Greenock Railway west to Gourock; this line was built to run inland through deep cuttings and tunnels to avoid disturbance to the villas of Greenock's west end. The Gourock line opened in 1889. 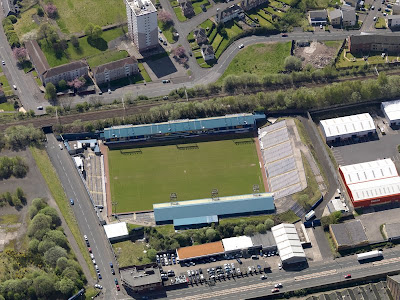 Greenock Morton Football Club was established in 1874. In the early 1870s the popularity of football was growing, with many clubs being established around Scotland. At the club's inaugural meeting, the first recorded words were "that this club be called Morton Football Club". The true reason for the name 'Morton' remains unclear, though the general consensus is that the club was named after the 'Morton Terrace', a row of houses next to the original playing field, where some of the players lived. The name would be altered in 1994 to read 'Greenock Morton Football Club', to celebrate the club's links with its hometown. Morton were one of the founding members of the old Second Division, formed in 1893. They finished 8th in their first season. Morton first gained promotion to the old First Division in 1899–1900, and finished 4th in their first season there. Morton's greatest success came when they defeated Rangers 1–0 in the 1922 Scottish Cup Final. Jimmy Gourlay scored the winning goal, direct from a free kick in the 11th minute. Straight after the match Morton boarded a train for Hartlepool to play the local side in a pre-arranged friendly match. The celebrations were delayed until the Wednesday when 10,000 locals turned out at Cappielow Park to celebrate. To date Morton have played in a European Club Competition once. After finishing 6th in Scotland's top division in 1967–68 Morton qualified for the Inter-Cities Fairs Cup. 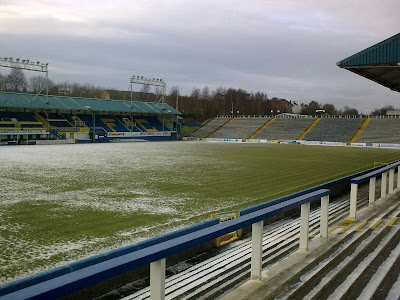 This Pieman was in Glasgow for the weekend with a visit to Celtic lined up for the Sunday. Therefore an opportunity arose to visit another ground in the area. Cappielow Park is very close to Greenock railway station and takes a short while by train from Glasgow Central. A good performance by Newcastle United saw them win 4-1 in this pre-season match.

Programme: none issued
Posted by Pieman at 11:59 pm