Baldock is a historic market town in the local government district of North Hertfordshire in the ceremonial county of Hertfordshire, England where the River Ivel rises. It lies 33 miles north of London, 15 miles southeast of Bedford, and 14 miles north northwest of the county town of Hertford. Nearby towns include Letchworth and Hitchin to the southwest and Stevenage to the south. Baldock was founded by the Knights Templar (also the name of the town's secondary school) in the 1140s. Perhaps for this reason, one theory of the origin of the name Baldock is as a derivation from the Old French name for Baghdad: Baldac which the Templars had hoped to conquer during the Crusades. Other etymologies have been suggested, including Middle English "balled" meaning bald together with Old English "ac" meaning oak; and a conjectured Old English personal name "Bealdoc" meaning bold. Thanks to its location, the town was a major staging post between London and the north: many old coaching inns still operate as pubs and hotels, and Baldock has a surprising number of pubs for its size. 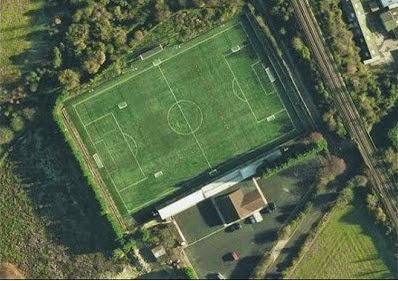 Since the 16th century, Baldock has been a centre for malting, subsequently becoming a regional brewing centre with at least three large brewers still operating at the end of the 19th Century, despite a decline in demand for the types of beer produced locally. The 1881 Census records approximately 30 drinking establishments (the town's population was at that time around 1900). The Wynn almshouses, in the High Street, were founded in 1621 and were endowed "To the World's End" by John Wynne, a cloth merchant from London who left £1000 in his will of 1614 for their upkeep. The high street is very wide, a typical feature of medieval market places where more than one row of buildings used to stand. In the case of Baldock, the bottom of the High Street had three such rows, until Butcher's Row was demolished by the Turnpike authorities in the 1770s. Since 1850, the town has a railway station which today operates on the line between London Kings Cross and Cambridge. With frequent services to London, including fast services of around 30 minutes, the town is home to many commuters. Baldock was formerly the location of a film processing factory which closed before the company (originally based in Letchworth Garden City) could move in; local folklore has it that it was a silent film studio, but this is not the case. The building was then bought by the Full-Fashioned Hosiery Company from Halifax, later becoming the Kayser Bondor ladies stocking factory (which temporarily produced parachutes during World War II). Its Art Deco facade still stands as the largest Listed Building in the town; it was converted to a Tesco supermarket in the late 1980s. Another notable building in the town is the thirteenth century Baldock Parish Church of St. Mary the Virgin at the centre of the town. 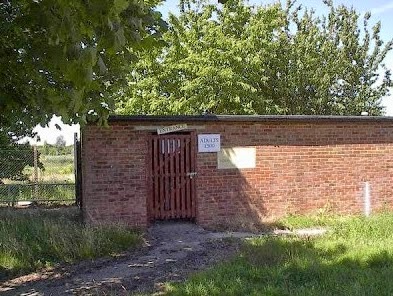 Baldock FC first joined the Herts County League Northern Division for the 1905–06 season and played under the name Baldock, after winning the Northern Division at the end of the 1920–21 season they changed their name to Baldock Town and were promoted to the Hertfordshire Senior County League, but folded four years later, rejoining for one season in 1946 before resigning from the league again a year later. The club in the 1959–60 season joined the London league and stayed for four seasons, then making a move to the South Midlands League. The team then stayed in this league for 20 seasons, winning the Championship on three occasions. In the 1983–84 season they then started playing in the United Counties league, finishing Runners-Up twice. They then joined the Southern division of the Southern Football League in 1987. This Pieman visited Norton Road for this FA Cup Preliminary Round Replay, travelling by train from London Kings Cross. It is only a short walk from the railway station to the ground. The home side convincingly beat Barkingside 5-0. 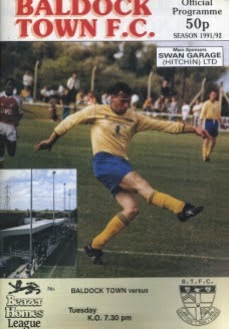