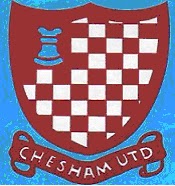 Chesham is a market town in the Chiltern Hills, Buckinghamshire, It is located 11 miles south-east of the county town of Aylesbury. Chesham is also a civil parish designated a town council within Chiltern district. It is situated in the Chess Valley and surrounded by farmland, as well as being bordered on one side by Amersham and Chesham Bois. The earliest records of Chesham as a settlement are from the second half of the 10th century although there is archaeological evidence of people in the area from around 8000 BC. Henry III granted the town a royal charter for a weekly market in 1257. The Doomsday Book records that there were three manors in Cestreham and one at nearby Latimer. William the Conqueror shared out the estates between four of his dependants. The vast majority of land was granted to Hugh de Bolebec and smaller parcels to Odo, Bishop of Bayeux, Toustain Mantel and Alsi.  The town is known for its four Bs, usually quoted as:- boots, beer, brushes and Baptists. Chesham's prosperity grew significantly during the 18th and 19th centuries with the development of manufacturing industry. In the face of fierce competition from both home and abroad all these traditional industries rapidly declined. The ready availability of skilled labour encouraged new industries to the town both before and after the end of the Second World War. Today employment in the town is provided by mainly small business engaged in light industry, technology and professional services. From the early part of the 20th century onwards there has been a considerable expansion of the town with new housing developments and civic infrastructure. Increasingly Chesham has also become a commuter town with improved connection to London via the Underground and road networks. The town centre has been progressively redeveloped since the 1960s.

Chesham United FC is nicknamed "The Generals" because they were once the football team of the General Baptist Church (now called Broadway Baptist Church) in Chesham. Chesham Generals merged with Chesham Town (established in 1879) to form United. Chesham Town FC was the football team of Christ Church, Chesham, founded by the Rev G.M.L. Reade the curate. The club play their home games at The Meadow, Amy Lane, Chesham. In 1986–87, they became champions of the Isthmian League Division Two North and in 1990–91 they became champions of Isthmian League Division One.

This Pieman visited The Meadow for a closely contested Isthmian League Cup-tie with Tooting and Mitcham United. The final score of 2-2 resulted in a replay at Sandy Lane, Tooting’s ground, as extra time had failed to separate the sides. The journey was made by London Underground Metropolitan Line from Central London to Chesham station which is about 10 minutes walk to the ground. 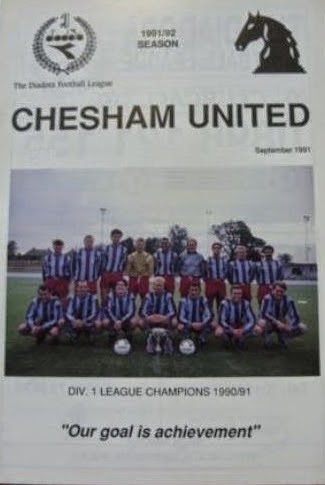