Berkhamsted is a historic town in England which is situated in the west of Hertfordshire, between the towns of Tring and Hemel Hempstead. The town's most prominent role in national affairs took place in early December 1066. Duke William of Normandy, having defeated the English army at Hastings, then crossed the River Thames at Wallingford. In Berkhamsted he was met by a delegation of the English establishment. He accepted the surrender of the English led by Aetheling Edgar (the heir to King Harold II's English claim to the throne), Archbishop Aldred, Earl Edwin, Earl Morcar and the chief men of London who swore loyalty to William in return for good government. He was offered the crown there but instead said he would accept the keys to London in Berkhamsted but would accept the crown of England in London. Thus, in Berkhamsted, William of Normandy, William the Bastard, became William the Conqueror. On Christmas Day 1066, William was crowned William I of England in Westminster Abbey. A traditional local legend refers to Berkhamsted as the real capital of England (if only for a few minutes). The Grand Junction Canal runs through Berkhamsted parallel to the High Street. The section from the River Thames at Brentford to Berkhamsted was completed in 1798 and the extension to Birmingham in 1805. The canal later became part of the Grand Union Canal in 1929. 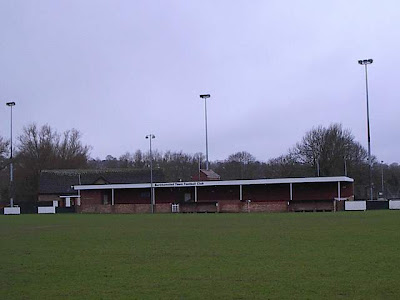 Berkhamsted Town F.C. was founded in 1919, as Berkhamsted Comrades by ex-servicemen. In 1922 the club joined Division Two of the Spartan League and changed its name to Berkhamsted Town.  Frank Broome became the club's top scorer with 53 goals in the 1933/34 season. The following year he signed for Aston Villa and went onto win seven caps for England. In 1951 the club became founder members of the Delphian League and then went on to win the Herts Senior Cup in 1953 after St Albans City were beaten 4–2 in the final. In 1983 the club moved to the re-located Broadwater ground on Lower Kings Road. In 1984 the club joined the Isthmian League and in 1985 reached the last 32 of the FA Vase for the first time. 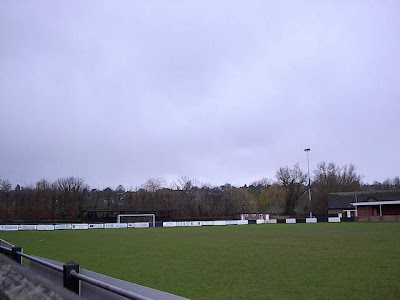 This Pieman visited Berkhamsted by train from London Euston. The football ground is adjacent to the railway line and only a few minutes walk from the station. Fish and Chips was purchased in the high street and although the latter was ok, the fish was not the best that this culinary expert had tasted. The home side edged a narrow victory with the only goal of the match at this compact venue. 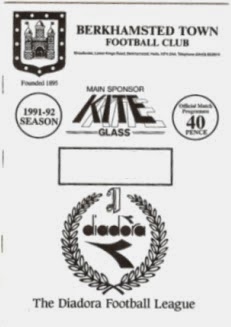