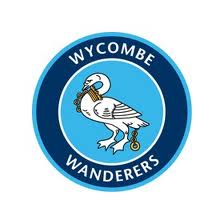 High Wycombe, often referred to as just Wycombe, is a large town in Buckinghamshire. It is 29 miles west-northwest of Charing Cross in London; this information is also engraved on the Corn Market building in the centre of the town. High Wycombe is the second largest town in the county of Buckinghamshire after Milton Keynes. The existence of a settlement at High Wycombe was first documented as 'Wicumun' in 970. The parish church was consecrated by Wulfstan, the visiting Bishop of Worcester, in 1086. The town received market borough status in 1222, and built its first moot hall in 1226, with a market hall being built later in 1476. High Wycombe remained a mill town through Medieval and Tudor times, manufacturing lace and linen cloth. It was also a stopping point on the way from Oxford to London, with many travellers staying in the town's taverns and inns. The paper industry was notable in 17th- and 18th-century High Wycombe. The Wye's waters were rich in chalk, and therefore ideal for bleaching pulp. The paper industry was soon overtaken by the cloth industry. Wycombe's most famous industry, furniture (particularly chairs) took hold in the 19th century, with furniture factories setting up all over the town. Many terraced workers' houses were built to the east and west of town to accommodate those working in the furniture factories. In 1875, it was estimated that there were 4,700 chairs made per day in High Wycombe. When Queen Victoria visited the town in 1877, the council organised an arch of chairs to be erected over the High Street, with the words "Long live the Queen" printed boldly across the arch for the Queen to pass under.

The exact details of the formation of Wycombe Wanderers F.C. have largely been lost to history. A group of young furniture trade workers started a team to play matches in 1884. This team was called North Town Wanderers. In 1887, a meeting held at the Steam Engine public house in Station Road, High Wycombe saw the formation of Wycombe Wanderers F.C. It is highly likely the club was named Wanderers after the famous Wanderers, winners of the first F.A. Cup in 1872. The club played friendly matches between 1887 and 1896. It first entered the F.A. Amateur Cup in 1894 and the F.A. Cup in 1895. In 1895 the club moved to Loakes Park, which would become its home for the next 95 years. In 1896 the club joined the Southern League and competed in the Second Division until 1908. In the summer of 1908 the club declined the invitation to retain their membership of the Southern League. The club decided to pursue amateur instead of professional football and joined the Great Western Suburban League and remained there until the outbreak of the First World War. After the hostilities had ended the club joined the Spartan League in 1919 and were Champions in successive years. In March 1921 the club's application to join the Isthmian League was accepted. In 1985, the club was promoted to Football Conference, having finished third in the Isthmian League Premier Division. The club's first season in a national league ended in disappointment, with the Wanderers relegated on goal difference. They soon returned after romping to an eighth Isthmian League title in 1987 after a battle with Yeovil Town. The club consolidated their place in the newly named GM Vauxhall Conference and under manager Jim Kelman they finished in fourth place in 1989. The stadium was opened in time for the 1990–91 season, and had a capacity of 6,000 with 1,267 seats in the Main Stand. The ground was named Adams Park in honour of benefactor and former captain Frank Adams. Adams had bought the former ground Loakes Park for the club, whose sale financed the move to the stadium named after him. 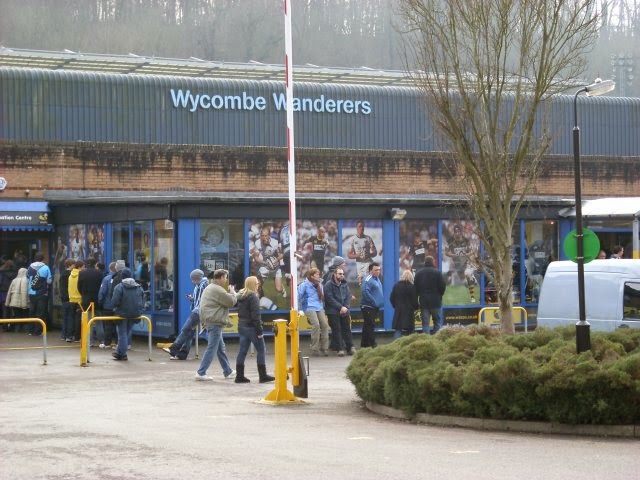 This Pieman travelled to Adams Park by car, parking at one of the units on the adjacent industrial estate. A professional performance by visitors Kettering Town enabled them to win this FA Cup 1st Round replay 2-0. A crowd of over 5000 witnessed proceedings. 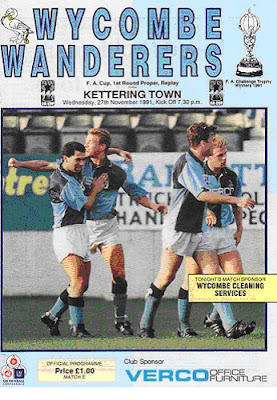 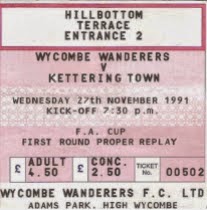