Bracknell is a town in Berkshire. The town is surrounded, on the east and south, by the vast expanse of Swinley Woods and Crowthorne Woods. The town has absorbed parts of many local outlying areas including Warfield, Winkfield and Binfield. Bracknell is a Saxon word meaning 'Bracken-covered Hiding Place'. One of the oldest buildings in the town is the 'Old Manor' public house, a 17th century brick manor house featuring a number of priest holes. Next door once stood the 'Hind's Head' coaching inn, where it is said Dick Turpin used to drink. It is believed that there were once underground tunnels between the two, along which the famous highwayman could escape from the authorities. 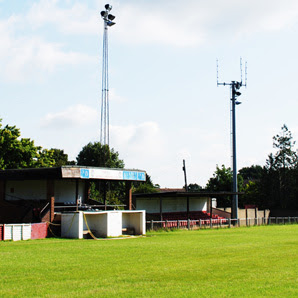 Bracknell Town Football Club was formed in 1896 as Old Bracknell Wanderers and changed its name to Bracknell FC in 1949. The club played in the local leagues until joining the Great Western League for the 1958–59 campaign. After four seasons in this league, and renaming the club Bracknell Town in 1962, the club was elected to the Surrey Senior League, which they won in 1969–70. The club moved to Larges Lane in the 1930s having previously played at Downshire Arms and later on a ground in the location of Ranelagh School. 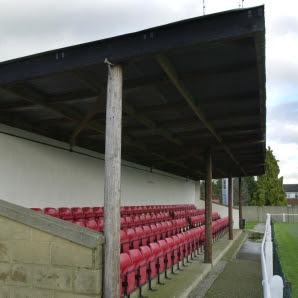 This Pieman travelled by train from London Waterloo to Bracknell. The walk from the station to the ground took just over 15 minutes. The home side was clinical in their finishing against a spirited Hornchurch side, scoring five of the six goals. 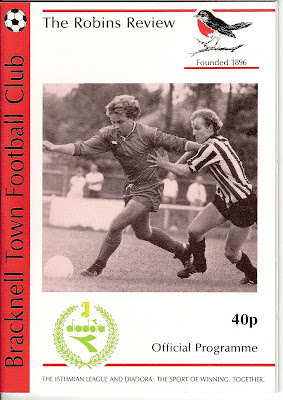