Nuneaton is the largest town in the Borough of Nuneaton and Bedworth and in the county of Warwickshire. The town is located 9 miles north of Coventry, 20 miles east of Birmingham and 103 miles northwest of London. The River Anker runs through the town. Nuneaton's name came from a 12th-century Benedictine nunnery (parts of which still survive) around which much of the town grew. Prior to this it was a settlement known as 'Etone', which translates literally as 'water-town'. Nuneaton was listed in the Doomsday Book as a small hamlet. A market was established in 1233 (and is still held today). The first recorded use of the modern name was in 1247 when a document recorded it as 'Nonne Eton'. The Nunnery fell into disrepair after 1539 (with Henry VIII's Dissolution of the Monasteries). Nuneaton grew gradually from the 17th century onwards, due to its position at the centre of the Warwickshire coalfields. At the time of the first national census in 1801 Nuneaton was already one of the largest towns in Warwickshire, with a population of 5,000. During the Industrial Revolution in the 19th century, Nuneaton developed a large textile industry. Other industries which developed in the town included brick and tile making and brewing. By 1901 the population of Nuneaton had grown to 25,000. Due largely to munitions factories located in Nuneaton, the town suffered heavy bombing damage during World War II. The heaviest bombing raid on Nuneaton took place on 17 May 1941, when 100 people were killed, 380 houses were destroyed, and over 10,000 damaged; a few smaller raids took place on the town, most notably on 25 June 1942. As a result of the bombing, much of the town centre was rebuilt in the post-war years. 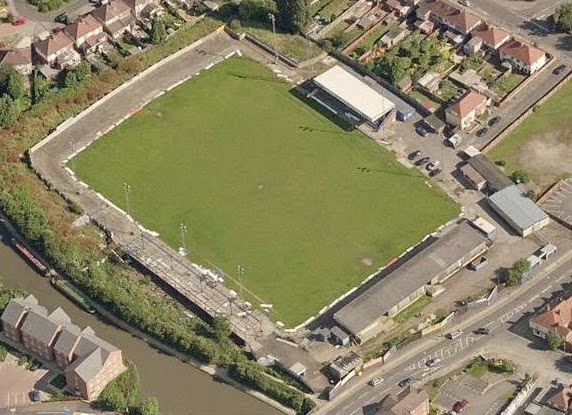 Nuneaton Borough FC’s origins date from 1889 when young men from Nuneaton St. Nicholas Parish Church formed a football team to represent the town. Originally playing only friendly games, from 1892 Nuneaton St.Nicholas entered Charity Cup competitions. In September 1894 the 'Nicks’ changed their name to Nuneaton Town Association F.C. and their nickname eventually became 'The Nuns'. On May 13, 1937 at an extraordinary general meeting of shareholders it was decided to wind up the football club despite Nuneaton Town being financially sound having sold their Manor Park ground to Nuneaton Corporation the previous December. Nuneaton Borough (nicknamed 'The Boro') was formed two days after the demise of Nuneaton Town by a group of local gentlemen and continue to play their matches at Manor Park. 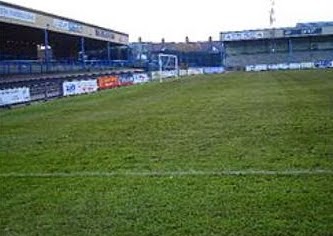 This Pieman spent the early part of New Years Day at Highfield Road watching Coventry City play Tottenham Hotspur. After that match, a short train ride to Nuneaton and a swift taxi journey got me to Manor Park just in time for kick off. A close encounter saw the home side defeat Grantham Town by the only goal of the match.