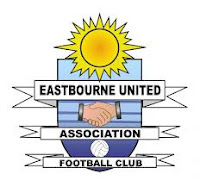 Eastbourne is a relatively new town. Prior to 1800, the area existed as four separate hamlets and surrounding farmland. The town grew as a fashionable tourist resort largely thanks to prominent landowner, William Cavendish, later known as the Duke of Devonshire. Cavendish appointed architect Henry Currey to design a street plan for the town, but not before sending him off to Europe to draw inspiration. The resulting mix of architecture is typically Victorian and remains a key feature of Eastbourne. As a seaside resort, Eastbourne derives a large and increasing income from tourism. Conferences, public events, parks, traditional seaside attractions and cultural sightseeing are among the things on offer. The pianist Russ Conway was a resident for many years as was Henry Allingham, briefly the world's oldest man when he died in 2009 aged 113. 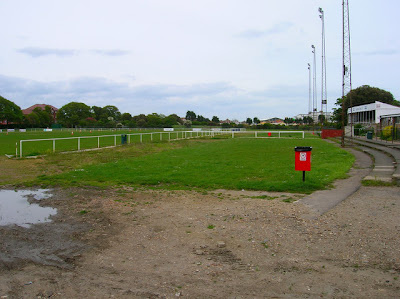 The Oval is a football stadium in Eastbourne, East Sussex and has been the home of Eastbourne United AFC since 1946 when they were playing as Eastbourne Old Comrades FC. The stadium is located on the border of Langney and Eastbourne, next to the Princes Park and boating lake. The area was originally known as the Gilbert Recreation Ground, which was owned by the local council, who invited Eastbourne Old Comrades to play there after their original home at Lynchmere was sold for development. The council at the time were developing it into a sports arena with an athletics track and a grass cycle track surrounding the grass pitch. Plans were made in 1951 to build a stand and a terrace, which was opened in September 1955 when Eastbourne United hosted a game against Queens Park Rangers. Floodlights were first installed in 1958 and inaugurated with a match versus Eastbourne F.C. in front of a gate of 4,100. 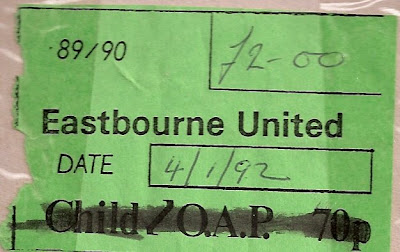 A totally dominant Flackwell Heath side overwhelmed their Sussex hosts on the occasion of this Pieman’s visit to The Oval. Elsewhere on this January Saturday, Mickey Thomas decided to fire Arsenal out of the FA Cup at the Racecourse Ground, Wrexham. 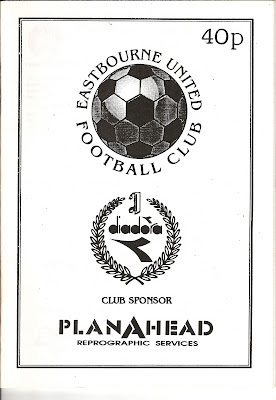