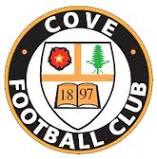 Cove is an ancient village turned suburb, forming the western part of Farnborough in the county of Hampshire. It is located 33 miles (54 km) south west of London. Cove is adjacent to Hawley village and Southwood. Cove is mentioned in the Doomsday Book. The entry from 1086, reads "Germanus holds from the Bishop 8 hides of this land in Itchel and Cove”. The Farnborough workhouse was located in Workhouse Lane, Cove (now known as Union Street). This workhouse was built before 1832, was closed in 1868, sold in 1871 and demolished in the 1980s. The building was named Wilmot House, after the Lord of the manor. 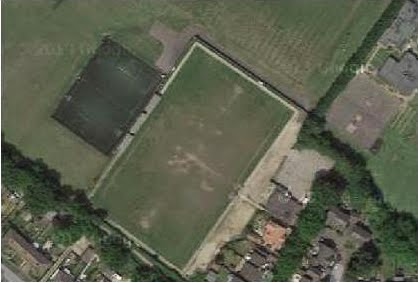 Cove F.C. was formed in 1897 and starting playing in the Aldershot League. The club then moved to the Surrey County Intermediate Leagues after World War two, where they were to become champions at the end of the 1949–50 campaign. They then followed this success in the next three following seasons, with two more wins in the 1951–52 and 1952–53 competitions. For the 1972–73 season, they joined the Hampshire League, starting in Division four, which they won at the first attempt. The club moved to their present home, Oak Farm Stadium, Squirrel Lane, in 1973. The club had further success when they won Division three at the end of the 1975–76 competition to gain promotion to Division Two. The club remained in Division two until the end of the 1980–81 season. The 1981–82 campaign saw the club join the Combined Counties Football League, starting in the West Division, which then merged with the Eastern Division to form a single division the following season. The club remained in the division until the end of the 1989–1990 competition, where finishing third they left the league to play in the Isthmian League, Division Two south.

This Pieman visited Cove for a midweek match after work. Travelling from London Waterloo to Farnborough, it was a pleasant surprise to find that the ground is less than ten minutes walk from the railway station. The home side triumphed by the odd goal in three over visitors Hampton in this Isthmian Trophy match. 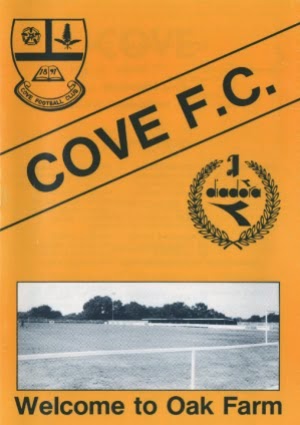