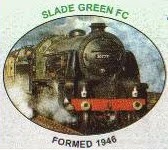 Slade Green is a town in South East London within the London Borough of Bexley. It lies close to the border of Greater London with Kent bordering the Dartford Borough, and is north east of Bexleyheath and north west of Dartford. It is a suburban development situated 14 miles east-southeast of Charing Cross and lying south of the River Thames slightly to the west of the River Darenth and River Cray. There is some evidence of human occupation of the area in prehistoric times – work at the site of the Hollywood Way estate by the Museum of London Archaeological service revealed the presence of a prehistoric cookery pit. What is now Slade Green consisted of two isolated agricultural communities of Slade Green (formerly Slades Green or Slads Green) and Northend, with most land belonging to either the Howbury Manor or Newbery Manor, and was referred to locally as 'Cabbage Island' because of the market gardens that lay between the part of Whitehall Lane that is now Moat Lane and Slade Green Lane (now Slade Green Road). Development came with the railways and the areas use as a rail depot (originally designed to service 100 steam locomotives) and Slades Green station was opened to serve the depot and community on 1 July 1900 (the name was changed to Slade Green station in 1953), and by 1910 the complete 'railway village' of 158 houses had been built. At around the turn of the 19th/20th centuries, land near the railway station was used to produce handmade bricks. Originally marshland used for agriculture, the isolated Crayford Marshes that lie between Slade Green and the Rivers Thames and Darenth were an ideal location for a large ammunition works which survived until the 1960s. In 1924 this was the scene of a tragedy, as an explosion at the W.B. Gilbert premises on 19 February caused the death of 13 people. During the Second World War the marshes were used for anti-aircraft batterys. This land has since developed into the Darenth Industrial Estate. During the Second World War the area was subject to a series of air raids, notably the night of 16 April 1941 when incendiary raids caused many fires and massive explosions were only avoided by extreme bravery of local people which saw 3 British Empire Medals and a George Medal awarded.

Prior to World War II, Slade Green was represented by three clubs: The Wasps, St Augustines and Southern Railway Sports. On 6 June 1946 a meeting was held at the Railway Hotel at which these three clubs merged to form Slade Green Athletic FC (renamed Slade Green FC in 1986). In 1952, The Green joined the Kent Amateur League and were the Division Two champions in their first season, followed by winning Division One the following season without losing a match. In the 1960–61 season Green were Senior Division Champions and shortly afterwards they were elected to the Greater London League. After finishing as Greater London League runners-up in 1969, they stepped up to the Kent League, where the club remained since. Since its foundation, The Green have played on a small patch of land adjacent to the Erith marshes, originally named simply The Glen. In 1987 the 'Small' prefix was added, honouring Charlie and Gert Small who had been involved with the club since its earliest days. 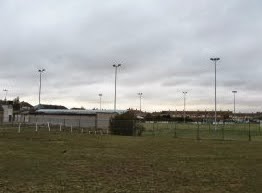 This Pieman visited The Small Glen for a midweek Kent League fixture against Danson Furness United. Slade Green Railway Station being only two minutes walk from the ground meant that that this was a very straightforward journey from London Bridge. The home side won this keenly contested match 3-1. 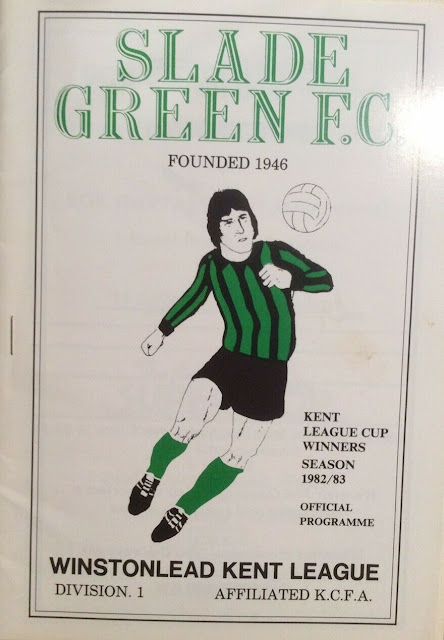