Herne Bay is a seaside town in Kent, South East England, on the south coast of the Thames Estuary. It is 7 miles north of Canterbury and 5 miles east of Whitstable. It neighbours the ancient villages of Herne and Reculver and is part of the City of Canterbury local government district. The town of Herne Bay took its name from the neighbouring village of Herne, two kilometres inland from the bay. The word herne, meaning a place on a corner of land, evolved from the Old English hyrne, meaning corner. The village was first recorded in around 1100 as Hyrnan. The corner may relate to the sharp turn in the minor Roman road between Canterbury and Reculver at Herne. One of the oldest buildings in Herne Bay is the late 18th-century inn, The Ship, which served as the focal point for the small shipping and farming community, which first inhabited the town. During this time, passenger and cargo boats regularly ran between Herne Bay and London and boats carrying coal ran from Newcastle. From Herne was easy access by road to the city of Canterbury or to Dover, where further passage by boat could then be obtained across the English Channel to France. During the 1840s, steamboats began running between Herne Bay and London. There was a type of beach boat unique to Herne Bay and nearby Thanet, known as the Thanet wherry, a narrow pulling boat about 18 feet (5 m) long. These boats were mainly used for fishing; however, with the advent of tourism and the decline of fishing, they became mainly used for pleasure trips. In 1912, the first "Brides in the Bath" murder by George Joseph Smith was committed in Herne Bay. BBC scriptwriter Anthony Coburn, who lived in the resort, conceived the idea of a police box as a time machine for Doctor Who. During World War II, a sea-fort was built off the coast of Herne Bay and Whitstable, which is still in existence. The coastal village of Reculver, to the east of Herne Bay, was the site of the testing of the bouncing bomb used by the "Dam Busters" during the war.

Herne Bay FC was formed in 1886 and first played in the East Kent League. In 1896 they stepped up to the Kent League (not the same league that exists today), however this was short lived and by the turn of the century they were again competing in the East Kent League. They dominated this league, winning the title for four successive years, and in 1909 they returned to the Kent League, however within four years the club had folded. In 1935 the club was reborn, as Herne Bay Invicta took over the Herne Bay F.C. name and entered the Kent Amateur League. In 1953 the club moved to its current home at Winch's Field and soon re-entered the Kent League at the Division Two level. In 1955 they lifted the Division Two title, winning promotion to Division One. Soon afterwards the Kent league disbanded, due to the expansion of the Southern League and the club became founder members of the Aetolian League for the start of the 1959–60 season. At the end of the 1963–64, the Aetolian league merged with the London League into the Greater London League and the club decided to switch to Division Two of the Athenian League instead, and joined where they enjoyed several successful seasons followed by promotion to Division One in the 1970–71 season as champions of Division Two. During their first season in the Athenian League the club made their debut in the FA Cup, reaching the Second Qualifying Round at their first attempt, where they were knocked out by Canterbury City. After finishing bottom of Division One of the Athenian League at the end of the 1973–74 season, the club left the league to become founder members of the Kent League. 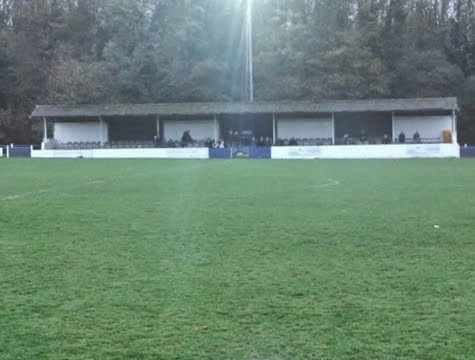 This Pieman visited Winch's Field for an end of season midweek match with Greenwich Borough. The journey was made from London Victoria to Herne Bay station which was no more than ten minutes walk from the ground. The home side won 3-1 and ended the season as champions of the Kent League for the first time. 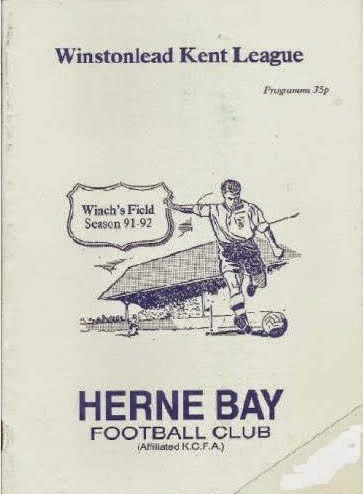