Eltham is a suburban district of South East London, in the Royal Borough of Greenwich. It is centred 8.7 miles east southeast of Charing Cross. It lies on a high, sandy plateau, which gave it a strategic significance. That, and the fact of its position close to the main route to the English Channel ports in Kent, led to the creation of the moated Plantagenet Eltham Palace, still its most notable landmark. The village streets adjacent to the Palace, and the surrounding land, remained rural until Archibald Cameron Corbett bought the Eltham Park Estate and developed it with well-built suburban housing between 1900 and 1914. The Bexley Heath Railway had opened what came to be known as the Bexleyheath Line in 1895. Suburban development of the district accelerated when the Government, through His Majesty's Office of Works, built the Progress Estate and large estates of temporary hutments in 1915, to house the vastly increased numbers of wartime workers in the Royal Arsenal at Woolwich. After World War I the building of housing estates continued unabated. By the beginning of World War II, three large estates were in existence: the Page Estate (1923), Middle Park (1931–36), and Horn Park (begun 1936, completed 1950s). The latter two were built on Eltham Palace's former hunting parks. Coldharbour Estate was built in 1947. The small council estates of Pippenhall and Strongbow Crescent were completed about 1960. 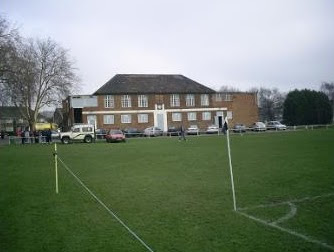 It is not clear when Thames Polytechnic FC was formed. The team comprised of students that attended Thames Polytechnic, which itself, was designated on 1 May 1970. Records show that the club where members of the London Spartan League, before joining the Kent League in the 1985-86 season. 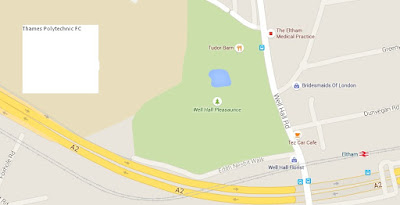 This Pieman travelled by train to Eltham station from where it was a walk of less than ten minutes to Kidbrooke Lane. A close end of season encounter saw the home side draw 1-1 with Beckenham Town. 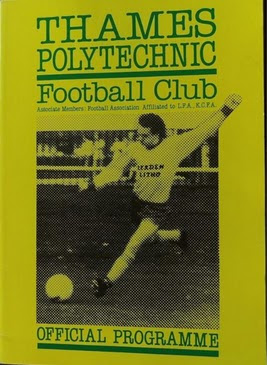