Northampton is a large town, borough, non-metropolitan district and the county town of Northamptonshire in the East Midlands region of England. It lies on the River Nene, situated about 67 miles north-west of London and around 50 miles south-east of Birmingham. Archaeological evidence of settlement in the area dates back to the Bronze Age, Roman and Anglo-Saxon periods. During the Middle Ages, the town rose to national significance with the establishment of Northampton Castle, which was an occasional royal residence and regularly hosted the Parliament of England. Medieval Northampton had many churches, monasteries and the University of Northampton, which were all enclosed by the town walls. It was granted its first town charter by King Richard I in 1189 and its first mayor was appointed by King John in 1215. Northampton's royal connection languished in the modern period; the town supported Parliament (the Roundheads) in the English Civil War, which culminated in King Charles II ordering the destruction of the town walls and most of the castle. The town also suffered the Great Fire of Northampton (1675) which destroyed most of the town. It was soon rebuilt and grew rapidly with the industrial development of the 18th century. Northampton continued to grow following the creation of the Grand Union Canal and the arrival of the railways in the 19th century, becoming an industrial centre for footwear and leather manufacture. After the World Wars, Northampton's growth was limited until it was designated as a New Town in 1968, accelerating development in the town. 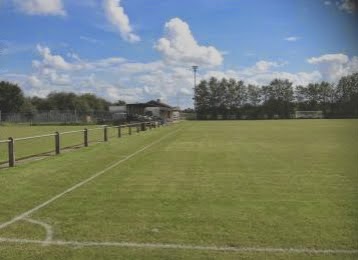 Northampton Spencer FC was founded in 1936 as Spencer School Old Boys, from members of the old school team. In 1968, the club joined the United Counties League, and immediately earned promotion after finishing as runners-up. After starting their UCL life at Dallington Park, the club moved to Duston High School for two years before arriving at its current home at Kingsthorpe Mill in 1971. Spencer was relegated in 1981 and twelve months later finished at the foot of Division One. Fortunes were transformed by the arrival of ex-Northampton Town boss John Petts as manager and he led the Millers back to the Premier Division in 1985. Since then, Spencer has been one of the stronger sides in the league, rarely finishing out of the top ten. 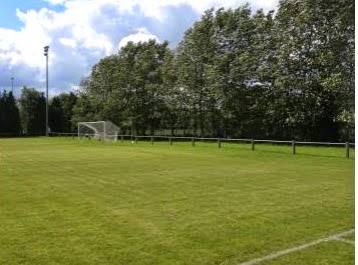 This Pieman travelled from London Euston to Northampton station for this fixture. The ground was around a 25 minute walk from the station heading north. In fact the railway line runs past the ground. On this occasion the home side, having already won the league, scored their 100th goal of the season and got their 100th point by drawing 2-2 with visitors Kempston Rovers. 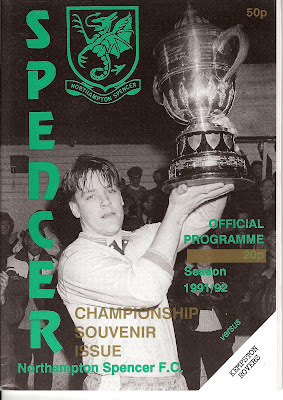