Potters Bar is a town in Hertfordshire, 18 miles north of London. The origin of the Potters element of the town's name is uncertain but is generally thought to be either a reference to a Roman pottery, believed to have been sited locally, or alternatively to the Pottere family who lived in neighbouring South Mimms parish. The Bar is thought to refer to the gates leading from the South Mimms parish and into the Enfield Chase parish, or possibly from some sort of toll on the Great North Road, said to have been by what is now the Green Man pub, or at the current entrance to Morven House. Potters Bar was historically part of Middlesex and formed the Potters Bar Urban District of that county from 1934. From 1894 to 1934 its area had formed the South Mimms Rural District. In 1965 the district was transferred to Hertfordshire while most of the rest of Middlesex became part of Greater London. Potters Bar railway station is the highest on the line between London's Kings Cross railway station and York. The Great Northern route serves various North London suburbs to the south before terminating at either King's Cross or Moorgate station. 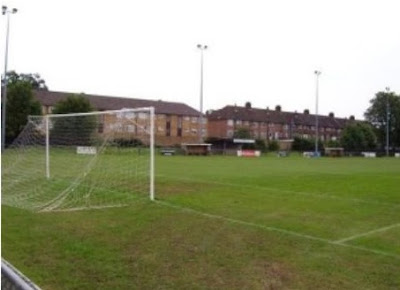 This Pieman travelled to Potters Bar by train from London. The walk from the railway station to the Parkfield Centre took around ten minutes. In a closely contested South Midlands League clash, the home side defeated Letchworth Garden City by the only goal. 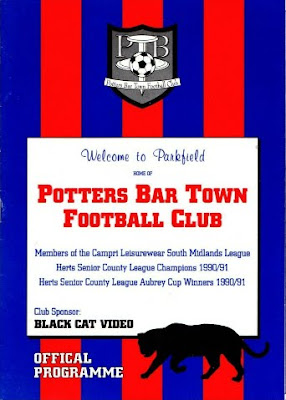 Subsequent visits to the Parkfield Centre