Hemel Hempstead is a town in Hertfordshire in the East of England, 24 miles (38.6 km) to the north west of London and part of the Greater London Urban Area. The settlement was called by the name Henamsted or Hean-Hempsted, i.e. High Hempstead, in Anglo-Saxon times and in William the Conqueror's time by the name of Hemel-Amstede. The first recorded mention of the town is the grant of land at Hamaele by Offa, King of Essex, to the Saxon Bishop of London in AD 705. Hemel Hempstead on its present site is mentioned in the Doomsday Book of 1086 as a vill, Hamelhamstede, with about 100 inhabitants. In 1539 the town was granted a royal charter by Henry VIII to become a bailiwick with the right to hold a Thursday market and a fair on Corpus Christi Day. The first bailiff of Hemel Hempstead was William Stephyns (29 December 1539). Henry VIII and Anne Boleyn are reputed to have stayed in the town at this time. In 1798 the construction of the Grand Junction Canal reached Hemel Hempstead. Now part of the Grand Union Canal, it is a popular route for narrow boat pleasure craft. Hemel Hempstead railway station is located a mile south of the town centre in Boxmoor. It is on the West Coast Main Line and there are frequent services between London Euston and the Midlands. A railway station previously existed in the town centre, known as the Midland Station, on the former Nickey Line to Harpenden. This station closed to passenger services in 1947 (along with the line) and it was demolished in 1969. Hemel Hempstead was developed after World War II as a new town; it is now known to residents as "Hemel" however before War locals called it "Hempstead".

Hemel Hempstead F.C. was formed in 1885 as Apsley End F.C. and first played in the West Herts League, before joining the Herts County League in 1899 and competed until 1922. The club joined the Spartan League in 1922 and competed until 1952 when they joined the Delphian League, by which time they had changed their name to Hemel Hempstead F.C. In 1955 the name was changed once again to Hemel Hempstead Town F.C. In 1962, with the dissolution of the Delphian League, the club joined the Athenian League in its new Division Two. They were promoted twice in consecutive seasons to reach the Premier Division but by 1969 had dropped back to Division Two. In 1972 the club merged with Hemel Hempstead United, with the merged club reverting to being called simply Hemel Hempstead. They are known as the Tudors and play their games at Vauxhall Road and in 1977 they joined the Isthmian League, where they have ever played since. 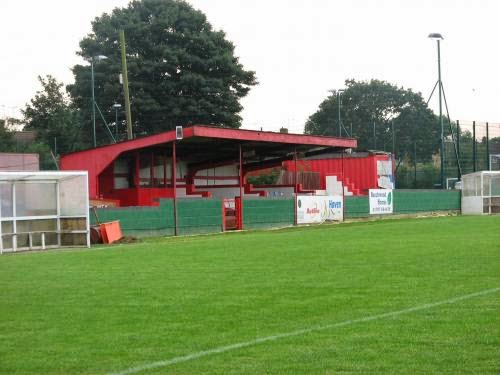 This Pieman visited Vauxhall Road for a midweek Isthmian League Division Two encounter with Leatherhead. The journey from London Euston to Hemel Hempstead station was followed by a walk of around 40 minutes. The two sides cancelled each other out on the evening, resulting in a 1-1 draw. 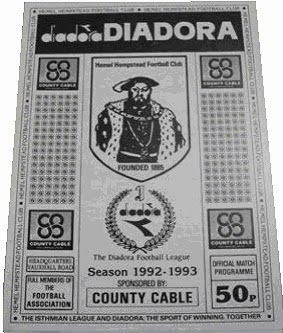