Flackwell Heath is a village in the civil parish of Chepping Wycombe on the outskirts of High Wycombe, Buckinghamshire.  The name 'Flackwell' is of dubious origin, but may describe the source of a stream which once started in this area. The heath was once covered with cherry orchards, with many cherry pickers travelling from London for the annual event. This is now commemorated in the name of a pub, the Carrington school emblem and in road names. The area covered by Flackwell Heath was once four villages; Flackwell Heath, North-End Woods, Heath End and Sedgemoor. However, housing developments, particularly post-1945, meant the four eventually formed one large village: Flackwell Heath. The original villagers were in the main farm workers, but some bargemen and mill workers also lived in the village. In the late 19th century, industrial mill workers became more commonplace in the village, and the first furniture makers and workers began to settle too, with Flackwell Heath's close proximity to High Wycombe - well known for the Chair and Furniture industry. 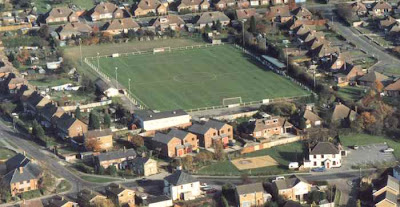 Flackwell Heath FC was formed in 1907, joining the High Wycombe and District League for its inaugural season. They stayed in this league until the 1950s winning the league and Wycombe Senior Cup each on twelve occasions. In the 1950s they joined the Great Western Combination League, winning the championship in the 1957–58 season, but returned to the Wycombe and District League a couple of seasons later. The clubhouse was opened in 1974 and two seasons later in 1976 they joined the Hellenic Football League, where they gained promotion from Division One at the very first attempt. In 1982 they switched to the Athenian League but two years later, with this league on the verge of collapse, they moved to the Isthmian League, initially in Division Two North, although they were switched to Division Two South after one season. In 1991 the league was reorganised and Flackwell Heath found themselves in the new Division Three. Flackwell Heath play their games at Wilks Park.

This Pieman visited Wilks Park on a midweek evening for an action packed match against high flying Aldershot Town. The visitors were given a tough match by Flackwell Heath but eventually won 6-3. I travelled by car, but understand that there are bus connections from High Wycombe. 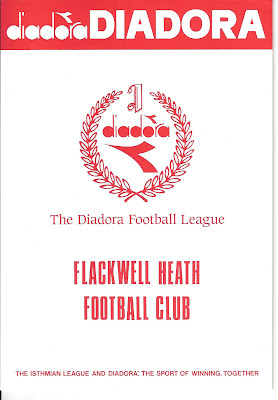