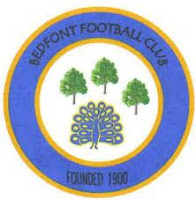 Bedfont (historically East Bedfont) is a suburban district and ward in West London, centred 13 miles west south west of Charing Cross and 2 miles from Heathrow Airport. Referred to in the Doomsday Book as “Bedefunde”, the name is thought to be derived from Anglo-Saxon Bedfunta = "Bed’s spring", or Bydenfunta = "spring provided with a drinking-vessel". The Staines Road follows the Roman via Trinobantes colloquially a Stane Street (Stone Street) linking Londinium (London) to Pontes (Staines-upon-Thames) and the West Country, though the name suggests older origins as the Trinobantes were a powerful Celtic tribe before the Roman invasion. The hamlet of West Bedfont lay in the parish of neighbouring Stanwell although the boundary may not have been drawn until the 12th century. West Bedfont today is indistinct, however neighbouring East Bedfont, on the Greater London side of the boundary, has developed into modern day Bedfont. The Parish Church of St Mary the Virgin is situated on the edge of the village green and is the oldest surviving church in the borough dating from around 1150. Its Norman chancel, chancel arch and south doorway have survived the centuries, as have medieval wall paintings from the mid 13th century, which were uncovered in 1865. During the English Civil War, when both the Royalist and Parliamentary armies passed through Bedfont, the mill was taken by Parliamentary forces, and was converted to a gunpowder mill in 1654. The manufacture of gunpowder was a dangerous occupation and workers were killed or maimed in many explosions down the years, with the mills being demolished and rebuilt a number of times. The water-powered gunpowder mills continued to be used until 1926 when they were closed by the then owners, Imperial Chemical Industries. Following on from the railways, the twentieth century saw the motor car appearing on the main road, and the building of Great South West Road in 1925 saw traffic diverted around Bedfont. By 1946 another form of transport began to impact on the village when Heathrow Airport opened and became the largest employer in the area, with the effect of increasing the demand for local housing. 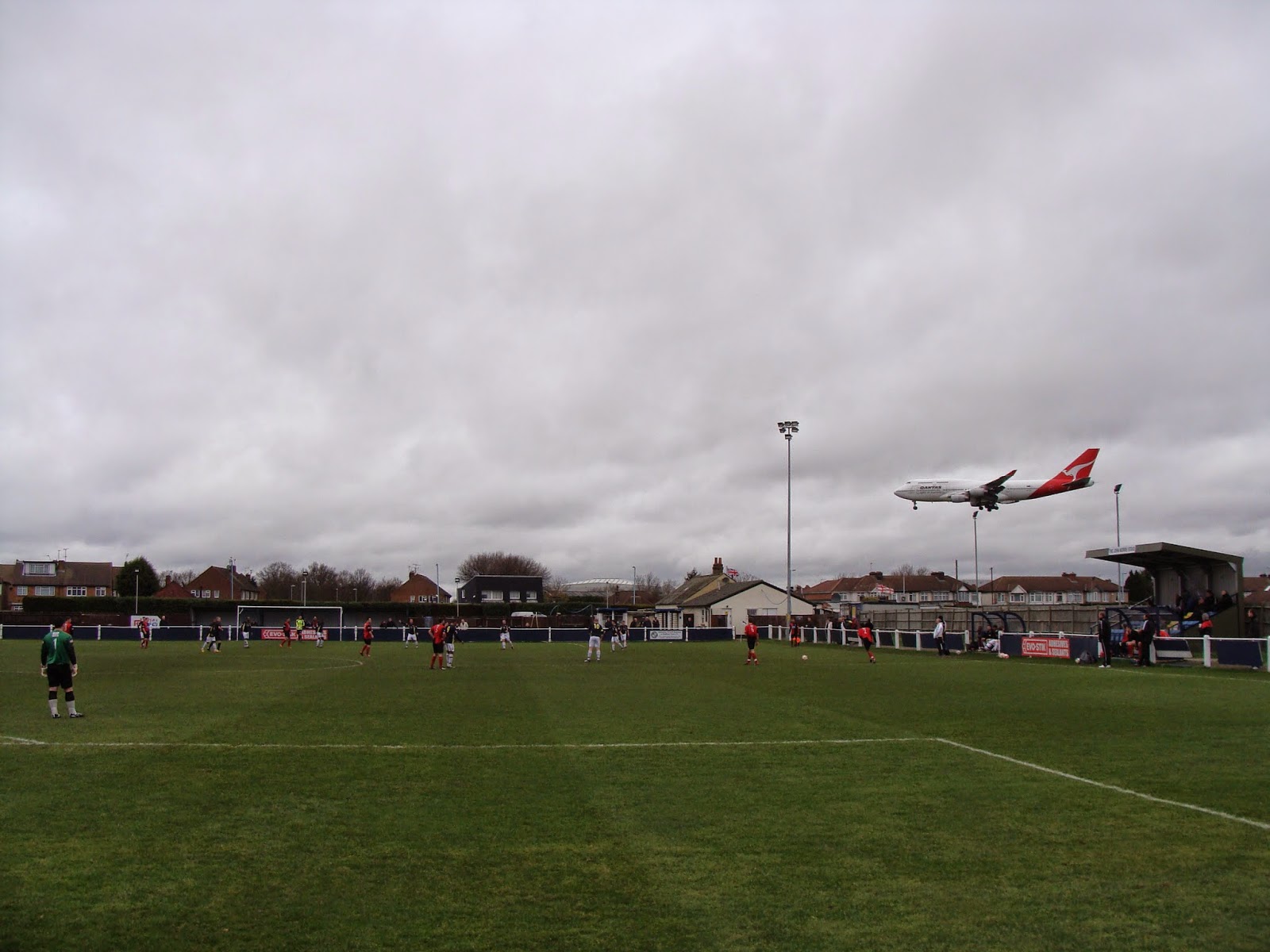 Bedfont FC was established in 1900 and joined the Combined Counties League in 1987. They play their home games at The Orchard, Hatton Road, Bedfont. This Pieman visited Bedfont FC for this evening Combined Counties League fixture against Ashford Town (Middlesex). Honours were even following a 1-1 draw. The journey was made by Piccadilly Line tube alighting at Hatton Cross station. The walk from the station to the ground taking a little over five minutes. 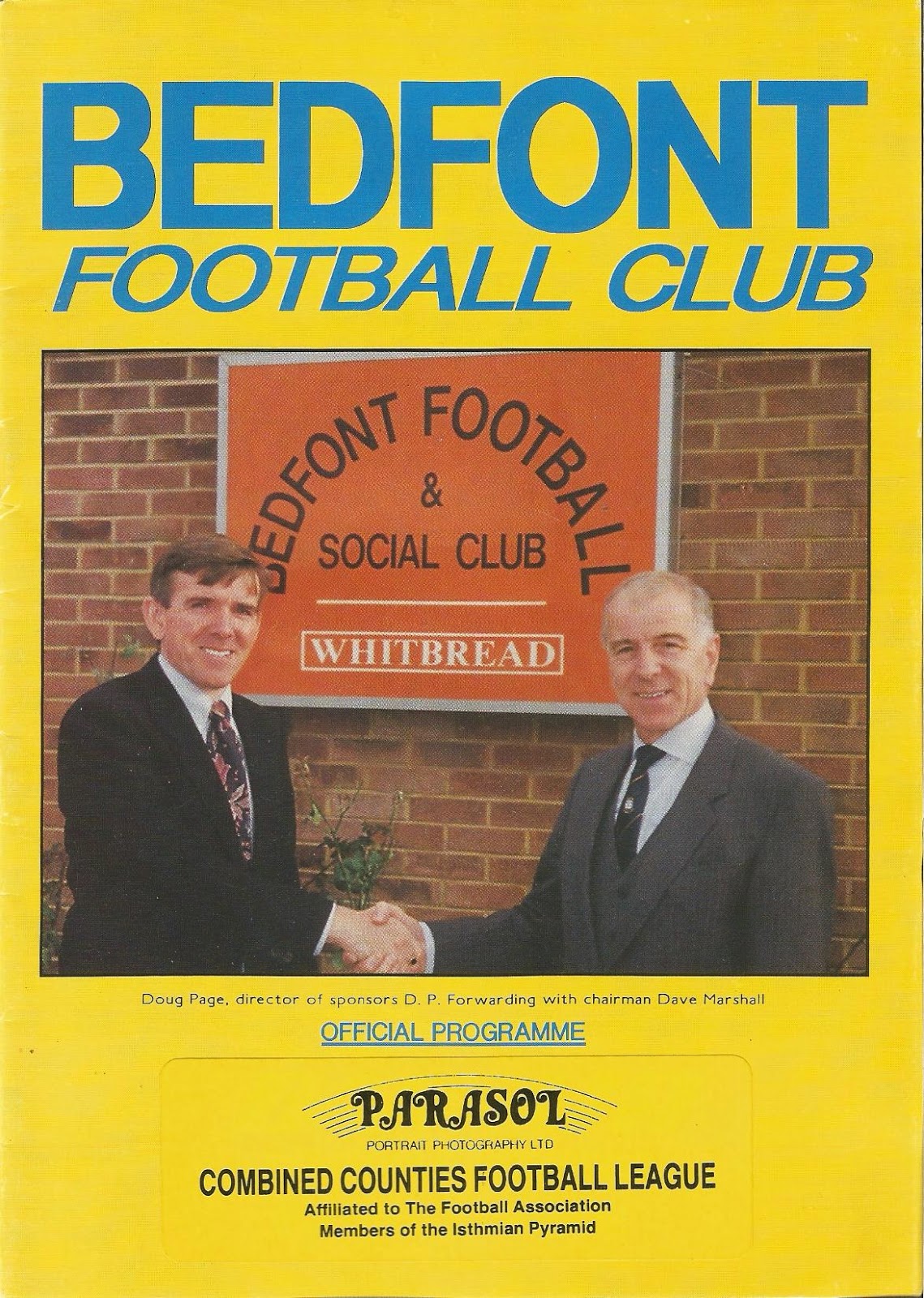