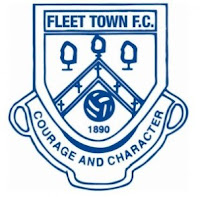 Fleet is a town and civil parish in the Hart district of Hampshire, England, located 36 miles southwest of London and 10 miles east of Basingstoke. In 1792 the Basingstoke Canal opened. The canal passed through the town site, but apart from a few inns to serve the passing trade it had little effect on the locality. Apart from the Farnham to Reading road, the site remained largely undeveloped until the construction of the London and South Western Railway, which opened in 1840. In that year a church - Christ Church that was to become the heart of the new ecclesiastical parish of Ewshot and Crookham was built midway between the villages of Crookham and Ewshot. This parish included the area that was to become the town of Fleet. The railway company promoted Fleet Pond for a destination for day excursions and many people came down from London to skate on the Pond during the winter. This attracted a number of gentry, particularly retired army officers, who moved to the area bounded by Fleet Road, Elvetham Road and Reading Road North and laid the foundations of what was to become known locally as "The Blue Triangle". By 1860 Charles Lefroy, a local squire, commissioned All Saints Church, Fleet - in the Blue Triangle area in memory of his wife who had died in 1857. The architect was William Burges. The ecclesiastical parish of Ewshot and Crookham was split into two in 1862 with the northern section based on the All Saints church, becoming the new parish of Fleet. The development of Fleet accelerated when the land to the south east of the Blue Triangle was sold for development in 1882 which, unlike the Blue Triangle, was laid out in a grid pattern. Thus it is that there are few very old buildings in Fleet, with much of the modern town formed around Victorian buildings. As in many parts of Britain, there was a building boom between the First and Second World Wars. Two developments in Fleet involved the opening of a new shopping centre, the Hart Shopping Centre, which was opened officially by HRH, The Duchess of York in 1991. On the same day, she attended the opening of the Hart Leisure Centre on Hitches Lane (towards Church Crookham).

Fleet Town FC was formed in 1890 and were originally called Fleet FC. The club's first played in Watson’s Meadow, and moved to their present ground in 1923 when Lord Calthorpe of Elvetham Hall made available the site. The ground was subsequently bequeathed to the council for the non-commercial recreational use of the residents of Fleet and Church Crookham. The ground was given the name Calthorpe Park. From 1923 up until World War II, Fleet ran two Saturday teams and a Wednesday XI in the Aldershot and Basingstoke Leagues. During the war the club competed in the War Emergency League before returning to the Aldershot and Basingstoke Leagues when hostilities ceased. The club entered the Hampshire League in 1961 and in 1963, after changing their name to Fleet Town FC, were Division Three champions earning Promotion to Division Two. In 1966 further promotion followed as they won the league, and moved up to Division One. The season later the club made its debut in the FA Cup, making the Second Qualifying Round, before losing to Horsham 3–0. In 1978 the Club entered the Athenian League staying there until the league was extended for the 1984–85 season. As the new ground requirements could not be met for the Athenian League, Fleet moved into the Combined Counties League for two seasons, followed by a season in the Surrey County Senior League and then a season in the Surrey County Premier. For the 1987–88 season the club then joined the Chiltonian League. Basic improvements to the ground and facilities followed and the Club gained acceptance to the Wessex League for the 1989–90 season. During the summer of 1991 further considerable improvements were carried out with the clubhouse being completely refurbished, the pitch totally re-seeded, the floodlights upgraded and the perimeter of the ground fenced. 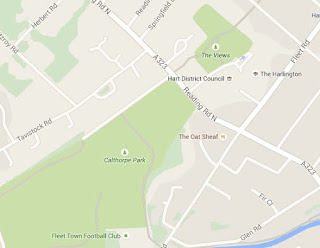 This Pieman visited Calthorpe Park on a Tuesday evening. The journey by train from London Waterloo was followed by a ten minute walk to the ground. An evenly contested FA Vase Preliminary Round replay saw the hosts defeat visitors Sholing Sports by the odd goal in three. 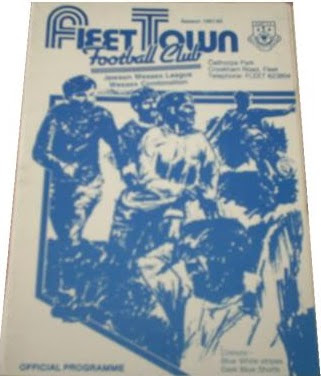