Bootle is a town in Merseyside. It is 4 miles to the north of Liverpool city centre. Historically part of Lancashire, Bootle's economy has been around the docks and their associated industries for decades. Bootle's town hall and other municipal buildings were erected in the last quarter of the 19th century. The population of the town swelled during this period, boosted by Irish immigration and the attraction of plentiful work on the docks. The wealth to pay for the splendour of the town hall and the gentrified 'Bootle Village' area was generated by these docks. The docks made a target for German bombers during the Liverpool Blitz and approximately 90% of the houses in the town were damaged, giving Bootle the distinction of being the most heavily bombed borough in the UK. Rock singer Billy J. Kramer came from Bootle. 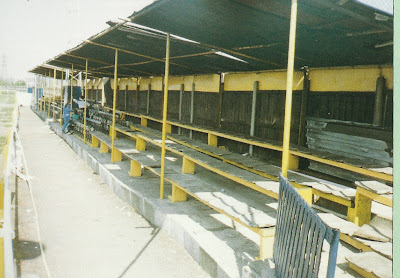 This Pieman achieved a midweek visit to Bootle when staying over on Merseyside for an Everton match the following evening. To reach Bucks Park on the Northern Perimeter Road was reasonably straightforward by public transport. Old Roan (Merseyrail) station being only a few minutes walk away. 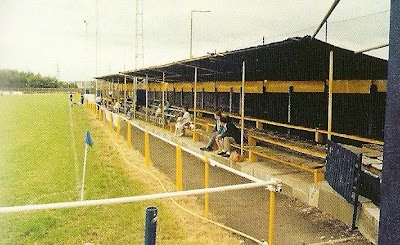 A sparse crowd enjoyed a tame 1-1 draw with St Helens Town FC  in a Group Stage floodlit Trophy encounter. On a particularly cold evening, it was easy to see why some may have opted for a night in or a trip to the pub! 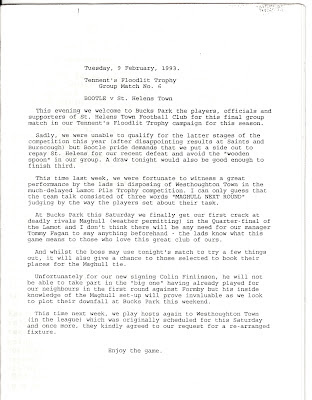