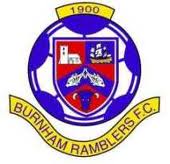 Burnham-on-Crouch is a town in the Maldon District of Essex. It lies on the north bank of the River Crouch. Historically, it has benefited from its location on the coast - first as a ferry port, later as a fishing port known for its oyster beds and most recently as a centre for yachting. There are many listed buildings in the town, including the Grade II listed Royal Corinthian Yacht Club designed in 1931 by the modernist architect Joseph Emberton. Burnham-on-Crouch railway station represents a vital transport link. The station is situated on a single-line branch from Wickford, which escaped closure in the 1960s by Beeching, as it was used to supply the nearby Bradwell nuclear power station. On the last Saturday of September, the town holds its Illuminated Carnival, which has been held since 1908. The carnival takes place in the High Street and Quay with stalls, sideshows and displays, and culminates with a Grand Illuminated Procession in the evening, which leaves from the Clock Tower and proceeds around the town. Burnham Ramblers Football Club was established in 1900 and joined the Mid-Essex League. In 1966 they were founder members of the Essex Olympian League, and were league champions in its first season. In 1985 the club switched to the Essex Senior League. This Pieman was able to visit Leslie Field on a midweek evening after work. The journey from Liverpool Street to Burnham involved changing trains at Wickford. The walk from the railway station to the ground took around 15 minutes. A decent match was witnessed with visitors Great Wakering Rovers winning by the odd goal in three. 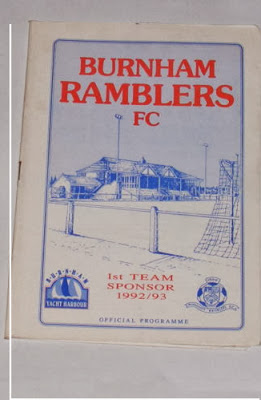