Bletchley is a constituent town of Milton Keynes, in Buckinghamshire, England. It is situated in the south-west of Milton Keynes, and is split between the civil parishes of Bletchley and Fenny Stratford and West Bletchley. Bletchley is best known for Bletchley Park, the headquarters of Britain's World War II code-breaking organisation, now home to The National Museum of Computing. Bletchley grew from an obscure hamlet on the road from Fenny Stratford to Buckingham with the arrival of the London and North Western Railway in 1845 and its subsequent junction with the Oxford-Cambridge Varsity Line shortly afterwards. Bletchley grew rapidly to service the junction. Bletchley railway station was for many years an important node on the railway. It is now one of the four stations which serve Milton Keynes. In the urban growth of the Victorian period brought by the railway, the town merged with nearby Fenny Stratford. Fenny Stratford had been constituted an urban district (with Simpson) in 1895, and Bletchley was added in 1898. The urban district was renamed Bletchley in 1911. In the early 1960s, there was a further substantial expansion of the town, with people from London being relocated by the Greater London Council, mainly to a London overspill estate to the south of Water Eaton. The population of the urban district increased from 5,500 in 1921 to 17,000 in 1961. 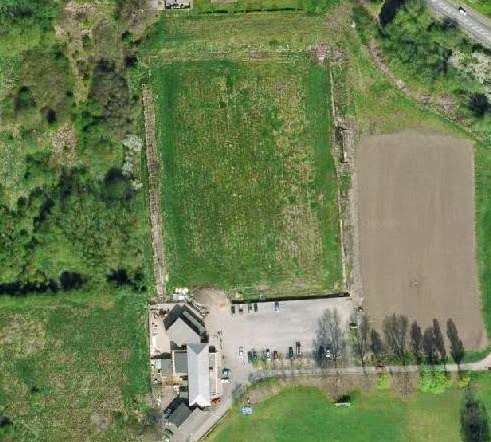 Milton Keynes Borough FC started out as a Sunday League side representing Bowens Cameras, which was a company operating from an industrial estate in Bletchley and played in the Milton Keynes Sunday Football League. They later changed their name to Denbigh United; however a number of players worked for another Bletchley based company called Belsize Engineering. Through this link Belsize started sponsoring the team and the name was changed to Belsize FC. In 1970 Belsize FC joined the United Counties League. In 1973 they moved to Division 1 of the Hellenic League and in 1976 changed their name to Milton Keynes Borough FC. At the end of the 1978/79 season MK Borough were champions of the Hellenic League (Division 1) but were not granted promotion. In 1984 they joined the South Midlands League, Division One. The same season they were promoted as champions to the Premier Division of the SML and in 1992 finished runners up in the South Midlands League.

This Pieman travelled to and from Bletchley station from London Euston. From the station it was around a 25 minute walk to Manor Fields. Milton Keynes Borough edged a 2-1 victory over visitors Oxford City in a clash between two sides having a good season. 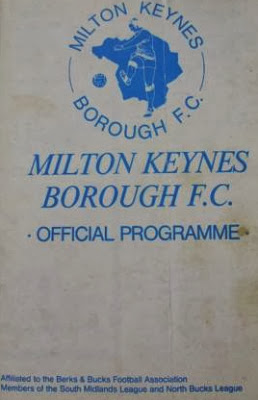