Abingdon is eight miles south of Oxford, in the flat valley of the Thames and is situated on the west (right) bank of that river, where the small river Ock flows in from the Vale of White Horse. The town is situated on the A415 between Witney and Dorchester and has the benefit of being adjacent to the A34 trunk road, linking it with the M4 and M40 motorways. Abingdon was the county town of Berkshire and the magnificent county hall and courthouse (now the museum) was supposedly designed by Christopher Wren. However, Abingdon's failure to engage fully with the railway revolution, accepting only a branch line, sidelined the town in favour of Reading. The corporation was reformed, under the Municipal Reform Act 1835 and was abolished under the Local Government Act 1972. In 1974, under local government reorganisation, Abingdon became part of the non-metropolitan Shire County of Oxfordshire and the seat of the new Vale of White Horse District Council, with Abingdon becoming a civil parish with a town council. 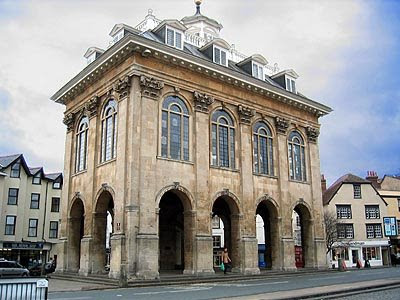 Abingdon is not the most straightforward place to reach by public transport, due to there not being a railway station as highlighted above. However, the line between Reading/Didcot and Oxford does pass nearby and provides a couple of options. Travelling to Abingdon, we took the train to Radley, from where a decent stroll took us to the edge of Abingdon and then onwards into town. I'm informed that this route took us past the ground of neighbours Abingdon United FC, but confess to not having seen it. 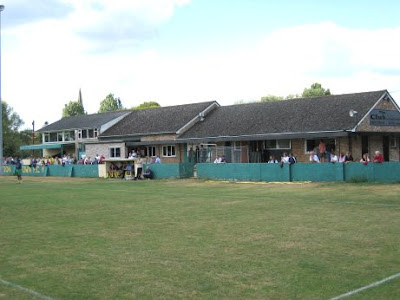 After a time exploring the pleasant town centre, we made our way to the Culham Road base of Abingdon Town FC. A decent setting for the football ground with the river running close by. Culham Road leads, after a bit of a hike, to Culham railway station. After the match there was a conveniently timed train back to Reading (less trains stop here than do at Radley - Ed) 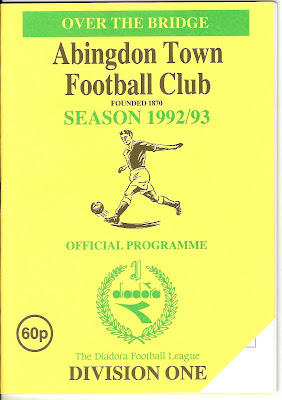