Dunstable is a market town and civil parish located in Bedfordshire, England. It lies on the eastward tail spurs of the Chiltern Hills, 30 miles north of London. These geographical features form several steep chalk escarpments most noticeable when approaching Dunstable from the north. There was already some form of settlement by the time that the ancient Roman paved road (now known as Watling Street,) crossed another ancient and still-existing road, the Icknield Way. Traces of Neolithic activity are not in doubt but much of their mystery may be lost under the surrounding Chiltern Hills. The Romans built a posting station and named the settlement Durocobrivis, which survived until their departure from Britain. Until the 11th century this area of the county is known to have been uncultivated tract covered by woodlands. In 1109 Henry I started a period of activity by responding to this danger to travellers. He instructed areas to be cleared and encouraged settlers with offers of royal favour. In 1123 a royal residence was built at what is now called the Royal Palace Lodge Hotel on Church Street. The King used the residence as a base to hunt on the nearby lands. The Dunstable Priory was founded in 1131 by the King and was later used for the divorce between Henry VIII and Catherine of Aragon, which led to the establishment of the Church of England in opposition to the Roman Catholic Church. The same year the town granted a town charter to the power of the priors. 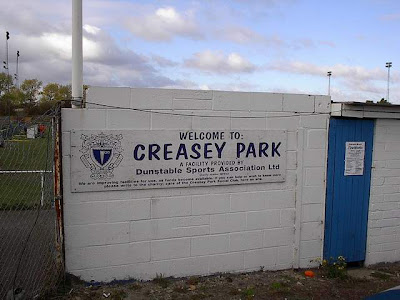 In 1975, Dunstable F.C replaced Dunstable Town F.C, who had been in existence from the nineteenth century. They play their home matches at Creasey Park. In 1973, Dunstable Town F.C received the financial backing of Keith Cheesman. He hired a young Barry Fry as manager, and gave him money to build up a strong team; indeed in his autobiography, Fry claims that he was often given blank, signed cheques. 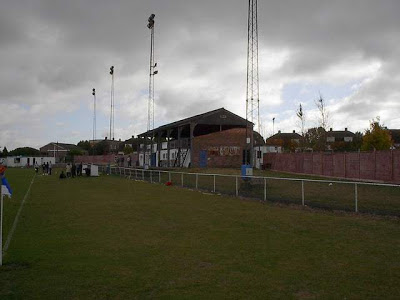 Of note, both Jeff Astle and George Best were bought in to play for the team (Best only actually playing three competitive games). However, this spending quickly led to the accumulation of debt, and the club folded. Dunstable F.C. was formed to take over the team's fixtures, completing the 1975–76 season. They were then demoted to the bottom level of the Southern League. 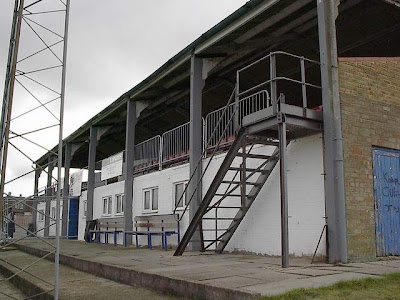 This Pieman was fortunate to be offered a lift to and from Creasey Park (the public transport option would be to catch a train to Luton then a bus). Visitors Baldock Town were convincing 3-0 winners on the night. 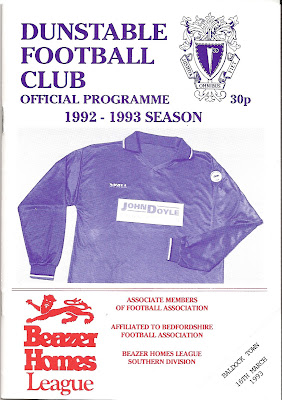