The London Borough of Tower Hamlets is situated to the east of the City of London and north of the River Thames. It is in the eastern part of London and covers much of the traditional East End. It also includes much of the redeveloped Docklands region of London, including West India Docks and Canary Wharf. Many of the tallest buildings in London occupy the centre of the Isle of Dogs in the south of the borough. The borough includes one of the highest ethnic minority populations in the capital and has an established British Bangladeshis business and residential community. Brick Lane's restaurants, neighbouring street market and shops provide the largest range of Bengali cuisine, woodwork, carpets and clothes in Europe. The Regent's Canal enters the borough from Hackney to meet the River Thames at Limehouse Basin. A stretch of the Hertford Union Canal leads from the Regent's Canal, at a basin in the north of Mile End to join the River Lea at Old Ford. A further canal, Limehouse Cut, London's oldest, leads from locks at Bromley-by-Bow to Limehouse Basin. Most of the canal towpaths are open to both pedestrians and cyclists. The earliest apparent use of the name "Tower Hamlets" was in the sixteenth century, when the Constable of the Tower of London commanded the Tower Hamlet Militia as the Lord Lieutenant of Tower Hamlets. 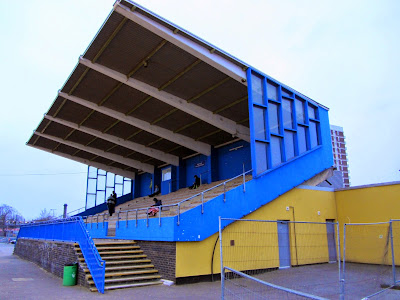 This Pieman travelled to Mile End station on the Central Line. From there a ten minute walk enabled me to reach the stadium. An entertaining London Spartan League, Premier Division match saw visitors Cockfosters grab the points by the odd goal in five. 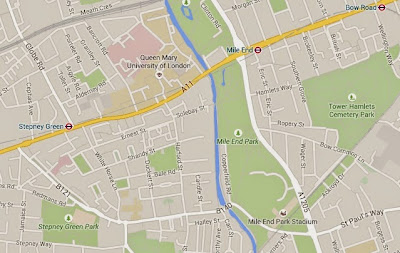 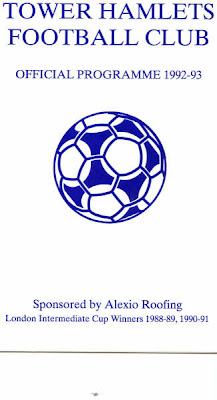