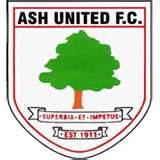 Ash is situated on the western edge of the county of Surrey, next to the River Blackwater, which forms a natural boundary with Hampshire. The restored Basingstoke Canal winds its way through the parish past Ash Wharf and then flashes towards Mytchett Lake. East of the canal is Ash Common, an area of heath land designated as a Special Protection Area to preserve the habitat of three endangered species of birds, the Dartford Warbler, the Nightjar and the Woodlark. Ash Common is occupied by the Ash Ranges military training area. 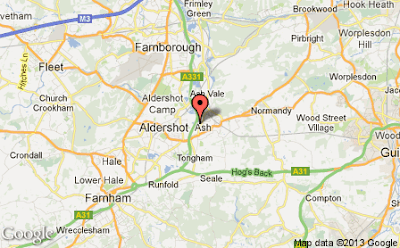 Ash United FC was established in 1911, playing their first games at Ash Common. They first played in the Surrey Intermediate League and continued to do so after the Second World War. They remained in the league until 1971 when the club was forced to leave their home of Ash Common, and dropped down to the Aldershot League, as they had no ground to meet league requirements. The club then found its current home at Youngs Drive and were then able to get into the Surrey Senior League for the start of the 1976-1977 season. When the Surrey Senior league expanded to become the Home Counties League for the 1978-79 campaign, and then the Combined Counties Football League a season later, Ash United were founder members of both leagues. The club has since played in the Combined Counties League, winning the league three times in its history (1981–82, 1986–87 and 1998–99) as well as being runners-up on five more occasions. 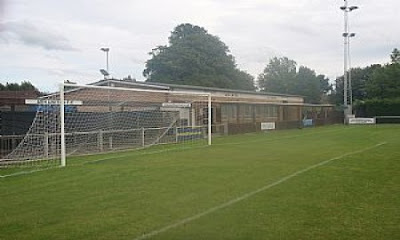 My visit to Youngs Drive was facilitated by a train journey from London Waterloo. A tame end of season encounter was convincingly won by visitors Sandhurst Town FC.
Posted by Pieman at 11:59 pm