Redhill is situated immediately to the south of a dip in the North Downs, through which passes the London-Brighton road. Beneath this pass, rival railway companies excavated the Merstham tunnels, which are still used by regular commuter trains and occasional goods transport, with the two railway lines intersecting to the south of the station. A major factor in the development of the town was the coming of the railways. Redhill railway station continues to be an important junction. The Redhill Brook runs through the town, mainly culverted and upstream to the immediate north-east of the town is The Moors nature reserve. Alfred Nobel demonstrated dynamite for the first time at a Redhill quarry in 1867. Ronnie Biggs was living at Alpine Road, Redhill, when he was arrested for his part in the Great Train Robbery  of 1963. Even more significant is that Bernard Bresslaw, actor, best known for his part in the Carry On Films, used to live in Redhill! 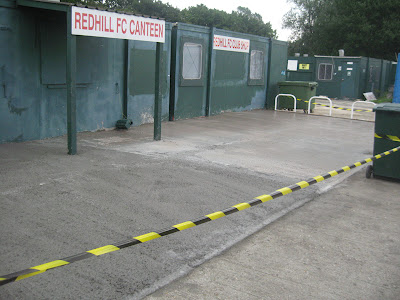 Redhill FC was formed 1894, after a meeting between prominent local businessmen in the Warwick Hotel and shortly after, a friendly match was arranged against a Dorking side. That game ended in a two all draw and was played at the clubs original home at Wiggie. A ground lent to the club by their goalkeeper, Mr. H Trower. Two years later, the club moved into its stadium of 88 years at Memorial Park in the centre of Redhill. At the time, the ground was an open swamp, until proper drainage was installed, which was accomplished under the auspices of a Sports Ground Association, an organisation that lasted until 1919. 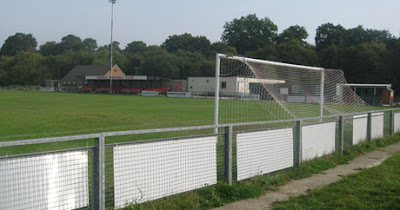 The 1983/84 season saw Redhill win the last ever Athenian League title, but the club were unable to take their place in the higher league, Redhill were asked to move out of the Memorial ground and move to a site two miles south, to Kiln Brow, where facilities were non-existent. The club took their place in the London Spartan league, but times at Kiln Brow were tough. Samples taken at the time have shown that the soil on the pitch was made up of more clay than actual soil. So much so, that even worms couldn't live in it. But the club battled on with ups and downs and over the years, the hard work of many individuals has kept the club alive.


This Pieman visited Kiln Brow on a May Bank Holiday to witness a Sussex County League fixture against Sidley United. The walk from Redhill Station took about 25 minutes, much of which seemed to be downhill. Redhill ran out comfortable 3-0 winners on the day. 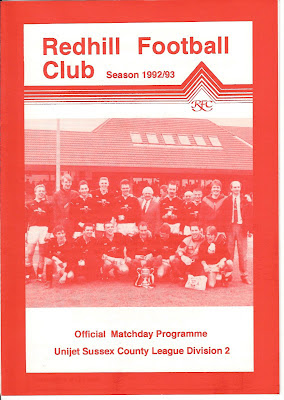