March is a Fenland market town and civil parish in the Isle of Ely area of Cambridgeshire. March was the county town of the Isle of Ely, which was a separate administrative county from 1889 to 1965. It is now the administrative centre of Fenland District Council. The town grew by becoming an important railway centre. Like many Fenland towns, March was once an island surrounded by marshes. It occupied the second largest "island" in the Great Level. As the land drained, the town grew and prospered as a trading and religious centre. It was also a minor port before, in more recent times, a market town and an administrative and railway centre. March is situated on the banks of the old course of the navigable River Nene, and today mainly used by pleasure boats. With a long history of trading, in the reign of Elizabeth I, March was a minor port. In 1566 eight boats, capable of carrying one, one and a half, or two cartloads, were used in the coal and grain trades. The town was an important railway centre, with a major junction between the Great Eastern Railway and Great Northern Railway at March railway station. Whitemoor marshalling yards, built in the 1920s and 30s were once the second largest in Europe, and the largest in Britain. They were gradually phased out during the 1960s and shut down in 1990. Whitemoor prison was built on part of the site. The natural regeneration of the remaining 44 hectares resulted in its classification as a potential country park. In addition, a new housing development was constructed adjacent to the site. 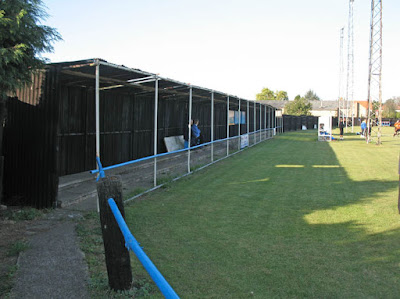 Prior to World War II there were two football clubs in the town; March GER United had been established in 1911 and moved to the GER Sports Ground in 1923, and March Town, established in 1885, who played at Estover Road, Gaul Drove, Burrowmoor Road and the Avenue Ground (1923–39). After the war March GER United did not reform and March Town took over their ground, adding United to their title in 1950. The GER ground also staged greyhound racing; cycling and cricket until 1960, resulting in the wooden stand being some distance from the pitch. They joined the United Counties League in 1948, and won Division One in 1953–54. The following season the club joined the Eastern Counties League, finishing third in their first season and runners-up in their second, a season in which they also reached the first round of the FA Cup for the first time, losing 4–0 at Brentford. They reached the first round again in 1978–79 but lost 2–0 at Swindon Town. In 1987–88 they won the league for the first, and to date only time, playing the title decider in front of 2,000 fans at local rivals Chatteris Town. 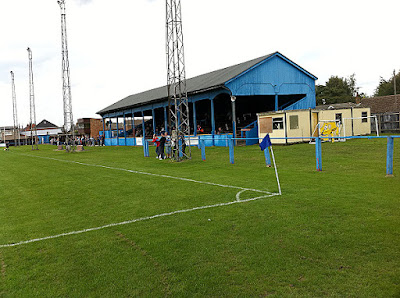 This Pieman travelled to March for this midweek evening fixture in the Eastern Counties League. The journey involved changing trains at Cambridge travelling both to and from the match. The walk from March station took around ten minutes. Visitors Chatteris Town took the points from this match courtesy of the odd goal in three. 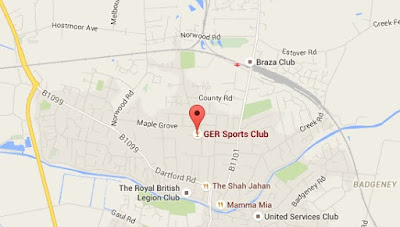 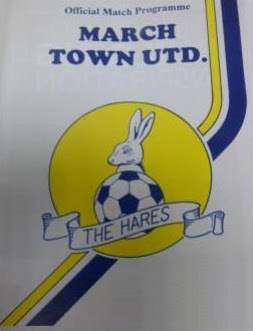