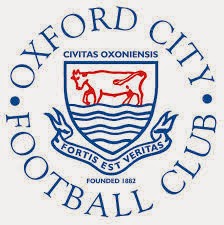 Oxford is a city in Oxfordshire. During the English Civil War, Oxford housed the court of Charles I in 1642, after the king was expelled from London, although there was strong support in the town for the Parliamentarian cause. The town yielded to Parliamentarian forces under General Fairfax in the Siege of Oxford of 1646. It later housed the court of Charles II during the Great Plague of London in 1665–66. Although reluctant to do so, he was forced to evacuate when the plague got too close. The city suffered two serious fires in 1644 and 1671. There is a long history of brewing in Oxford. Several of the colleges had private breweries, one of which, at Brasenose, survived until 1889. In the 16th century brewing and malting appear to have been the most popular trades in the city. There were breweries in Brewer Street and Paradise Street, near the Castle Mill Stream. During World War II, Oxford was largely ignored by the German air raids during the Blitz, perhaps due to the lack of heavy industry such as steelworks or shipbuilding that would have made it a target, although it was still affected by the rationing and influx of refugees fleeing London and other cities. It has been claimed that Adolf Hitler ordered that Oxford not be bombed, as he was impressed by the city's architecture and had plans for it to be his capital should Germany win World War II. The University's colleges served as temporary military barracks and training areas for soldiers before deployment. On 6 May 1954, Roger Bannister, a 25-year-old medical student, ran the first authenticated four-minute mile at the Iffley Road running track in Oxford.

Oxford City FC was formed in 1882 and soon became the leading club in Oxfordshire, winning the FA Amateur Cup in 1906, before joining the Isthmian League the following year. In the latter half of the 20th century, the club went into decline and soon fell behind Headington United (later to be renamed Oxford United) after that club turned professional in 1949. An attempt was made to return the club to success in 1979 when it became a limited company and later when the legendary Bobby Moore was appointed manager with his former West Ham United team-mate Harry Redknapp as his assistant. The club reached its lowest point in 1988 when they were evicted from their White House Ground by their landlords Brasenose College, who sold it off for housing. Forced to resign from the Isthmian League, the club did not return to senior football until 1990 when based at Cutteslowe Park, they entered the South Midlands League Division One, winning promotion in their first season. They returned to the Isthmian League in 1993 when they also moved to their current ground, Court Place Farm. 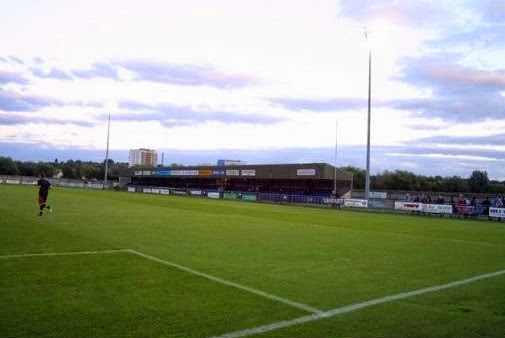 This Pieman visited Court Place Farm for an entertaining Isthmian League clash, won by visitors Cove FC by the odd goal in five. It was possible to walk to the stadium from the city centre in less than half an hour. The ground is situated close to the vast John Radcliffe Hospital. 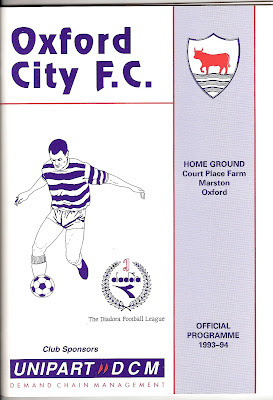