Cockfosters is a section of North London, lying partly in the London Borough of Enfield and partly in the London Borough of Barnet. The name has been recorded as far back as 1524, and is thought to be either the name of a family, or that of a house which stood on Enfield Chase. One suggestion is that it was the residence of the cock forester. There can not be too many easier venues to reach by public transport in the London area. Chalk Lane is adjacent to Cockfosters Underground Station at the northern terminus of the Piccadilly Line.


On this occasion I had travelled from South West London and it was a fairly lengthy jaunt on the tube from Earls Court. However on reaching Cockfosters, the travelling was complete. The Club was originally formed in 1921 by local residents and the ground allocated to the Club by Lady Bevan, from her family estate. The first league entered was the local Barnet League and moderate success was enjoyed as the Club moved through the lower divisions. In 1991, having competed in the Herts Senior County League for twenty five years, the Club gained “Senior Status” from it’s parent F.A. (London) and an application was accepted by the London Spartan League for entry into their Premier Division. 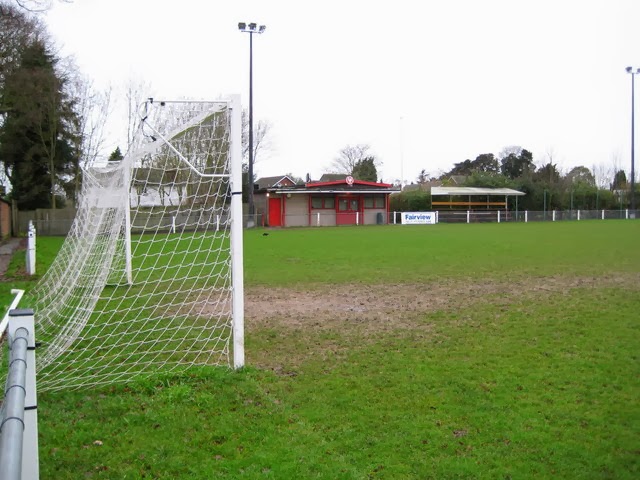 This fixture is in many ways a derby match with Brimsdown Rovers coming from the opposite side of the Borough of Enfield. A reasonable game took place, with little between the teams and a draw was a fair result. This Pieman would have loved to have seen at least one goal though and could only dream of such fare as he headed south on the Piccadilly line. 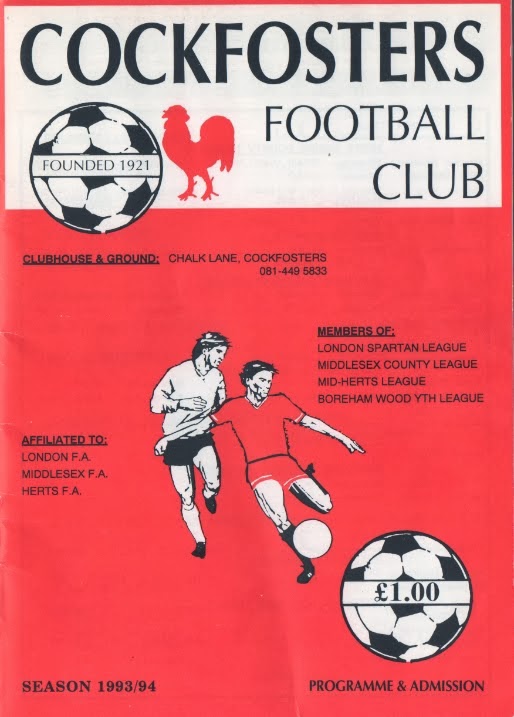