Ruislip is a suburban area of north-west London, centred on an old village in Greater London and is part of the London Borough of Hillingdon. It was formerly a parish in the county of Middlesex covering the neighbouring areas of Eastcote, Northwood, Ruislip Manor and South Ruislip. At the time of Edward the Confessor, the parishes of Ruislip and Ickenham belonged to a Saxon named Wlward Wit, a thane of the king who owned land in 11 counties. Wit lost much of his land during the Norman conquest of England; Arnulf de Hesdin took control of Ruislip. It appears in the Doomsday Book as Rislepe, thought to mean 'leaping place on the river where rushes grow', in reference to the River Pinn. The parish church, St Martin's, dates back to the 13th century and remains in use. The buildings at the northern end of Ruislip High Street form the core of the original village square and are now Grade II listed. It originally featured a central water pump which was moved out of the road in the 1970s as a result of increased traffic. The expansion of the Metropolitan Railway in the early 20th century acted as a catalyst for development in the area. A station was opened in Ruislip in 1904 and the parish council created a new urban district to address the forthcoming population growth. The Ruislip-Northwood Urban District continued until 1965 when Ruislip became part of the newly established London Borough of Hillingdon. Between 1911 and 1961, Ruislip-Northwood experienced a significant rise in population, from 6,217 to 72,791, largely attributed to the extension of the railway. 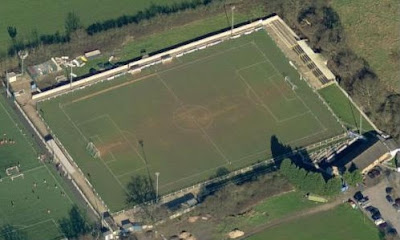 The first football club was originally founded as Yiewsley FC in 1872, and played on a small area of open ground in Falling Lane, Yiewsley, in Middlesex. The club renamed itself as Hillingdon Borough in 1964 in line with the local government reorganisation in London that saw the formation of the London Borough of Hillingdon. The change of name saw their fortunes change, as in their second season they were promoted to the Premier Division of the Southern League after finishing runners up. Their most successful period followed over the next five years. In 1968–69 they finished runners-up to Cambridge United, who were duly elected to the Football League. The following season, they reached the third round proper of the FA Cup. In the 1970–71 season, they reached the FA Trophy final at Wembley losing 3–2 to Telford United, after leading 2–0 at the interval. The club failed to build on the success of the late 1960s and early 1970s. Declining crowds and poor financial management eventually saw the club change its name to Hillingdon in 1985, before merging with Burnham to form Burnham & Hillingdon in 1986, after Hillingdon lost their ground and were about to fold. This club ran for two more seasons before changing their name back to Burnham, and continued to play in the Southern league. The name Hillingdon Borough was resurrected in 1990 when Bromley Park Rangers from the Chiltonian League took over the ground of Ruislip, with the help of four former directors from the old club, and changed their name. The newly named club then joined the Premier Division of the Spartan League for the start of the 1990–91 campaign. The club would then go on to finish Runners-up twice before the league merged with the South Midlands League to form the Spartan South Midlands Football League. The club was placed in the Premier South Division. 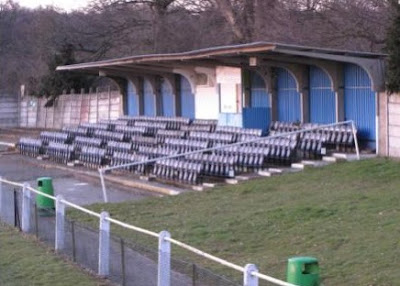 This Pieman travelled by Metropolitan Line train to Ruislip station from where it was about a fifteen minute walk to the Middlesex Stadium. Visitors Willesden (Hawkeye) FC progressed to the semi-final of the London Spartan League Cup courtesy of the only goal of the match. 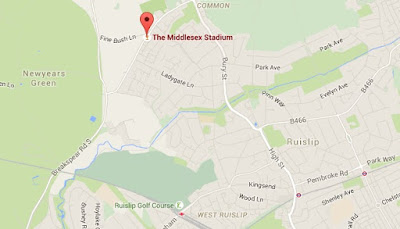 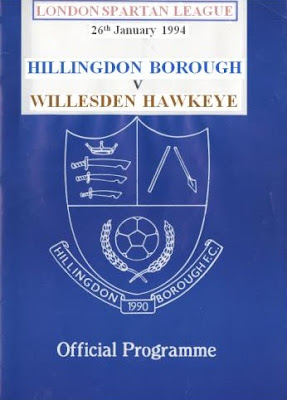