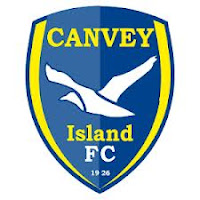 Canvey Island is a civil parish and reclaimed island in the Thames estuary in England. It is separated from the mainland of south Essex by a network of creeks. Lying only just above sea level it is prone to flooding at exceptional tides, but has nevertheless been inhabited since the Roman invasion of Britain. The island was mainly agricultural land until the 20th century when it became the fastest growing seaside resort in Britain between 1911 and 1951. The North Sea flood of 1953 devastated the island costing the lives of 58 islanders, and led to the temporary evacuation of the 13,000 residents. Canvey is consequently protected by modern sea defences comprising 2 miles of concrete sea walls. Excavations on Canvey have unearthed a collection of early man-made objects comprising axes from the Neolithic era, a bracelet dating from the Bronze Age, and Iron Age pottery. However, the remains of Roman structures and objects suggest the first settlement of Canvey occurred between 50–250 AD.

Football has been played on Canvey Island since Victorian times, with several precursors to the current team folding. Canvey Island FC was founded in 1926, but unfortunately most of the early records of the Club were lost in the devastating East Coast floods of 1953. The Club was very successful during their days in the local leagues, winning many cups and league championships in the process. During these years, the club appointed Denis Neville as manager, his first job after leaving his position as the Dutch National Team manager.

Reaching Canvey Island by public transport is fairly straightforward. Regular trains from London Fenchurch Street to Benfleet are met by equally regular buses which take no more than 15 to reach Park Lane. This Pieman was treated to an epic evening encounter with Witham Town in the Isthmian League Trophy. After 120 minutes the sides were still locked together at 2-2. 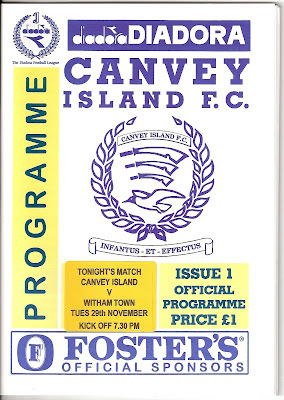