The Romans founded Chester as Deva Victrix in the 70s AD as a fortress during the Roman expansion northward. It was named Deva either after the goddess of the Dee, or directly from the British name for the river. The 'victrix' part of the name was taken from the title of the Legio XX Valeria Victrix (a military base) which was based at Deva. Chester was captured from the Britons by the Kingdom of Northumbria after the brutal and decisive Battle of Chester in the early 7th century. Deverdoeu was still one of two Welsh language names for Chester in the late 12th century; its other and more enduring Welsh name was Caerlleon, literally "the fortress-city of the legions". The modern Welsh name is the shortened form, Caer. A considerable amount of land in Chester is owned by the Duke of Westminster who owns an estate, Eaton Hall, near the village of Eccleston. Grosvenor is the Duke's family name, which explains such features in the City such as the Grosvenor Bridge, the Grosvenor Hotel, and Grosvenor Park. 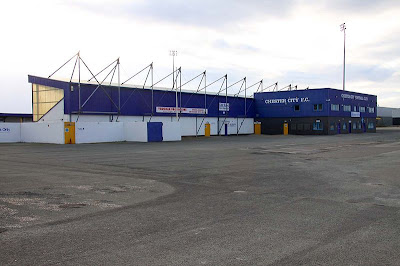 When Chester City FC was taken over by new owners in March 1990, plans were announced to sell their Sealand Road stadium for redevelopment.  Construction of the new Deva Stadium began in January 1992 and it opened seven months later in time for the new 1992-93 season. 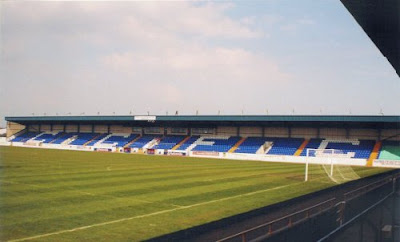 This Pieman visited the Deva Stadium to witness this FA Cup First Round encounter with neighbouring non-league Witton Albion. In the end it was the league side that progressed to the Second Round. However it was a closely fought match and the fact that it rained heavily all day (there was an enormous puddle outside the entrance to the ground) will have been a leveller. 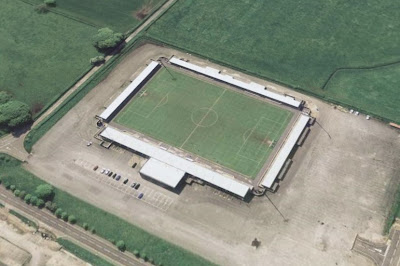 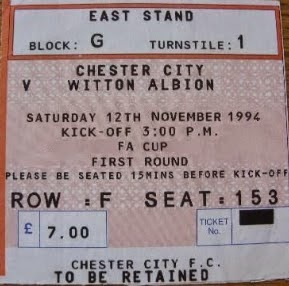 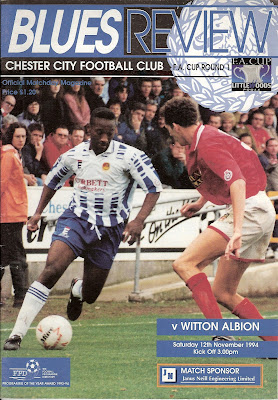 Subsequent visit to the Deva Stadium