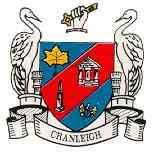 Cranleigh is a large village and civil parish, self-proclaimed the largest in England, located almost 8 miles southeast of Guildford in Surrey. It lies east of the A281, which links Guildford with Horsham, on an alternative route that is not an A-road. It is situated in the northwest corner of the Weald (a large remnant forest) and immediately southeast of Winterfold Forest, a remaining area of forest on the Greensand Ridge. Cranleigh railway station was closed by Dr Beeching in 1965 after almost exactly a hundred years of operation. Former Beatle Ringo Starr and his actress wife Barbara Bach live on the outskirts of the village. 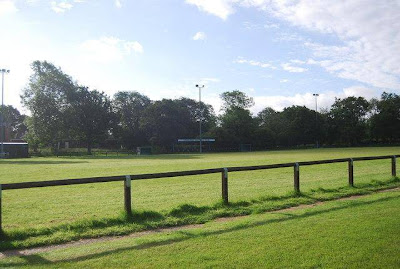 Cranleigh Football Club was founded in 1893, although there is evidence that organised football had been played in the village prior to this date. For much of its existence Cranleigh FC has been a member of the Surrey Intermediate League and has played in at least four different locations in the village. Snoxhall Fields the current home has been so for a number of years. In 1980 Cranleigh Football club amalgamated with Cranleigh United FC and entered senior level football via The Surrey Senior League following into the Combined Counties League. In 1992-93 Cranleigh FC progressed to the 3rd round of The FA Vase beating Bedfont, Faversham Town, Greenwich Borough & North Leigh before finally going out to Hailsham Town in front of a record home crowd. 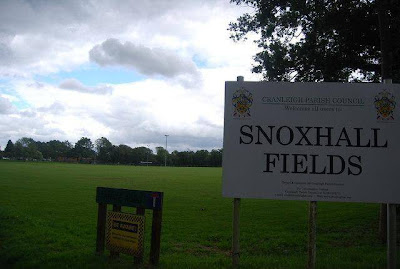 This Pieman’s visit for an end of season Combined Counties League match was facilitated by train from London Waterloo to Guildford. Dr Beeching then ensured that a different mode of transport was necessary for the remaining 8 miles and therefore local bus services were utilised. On a fine sunny day the home side beat Netherne 3-1 to conclude their season (mine too!) 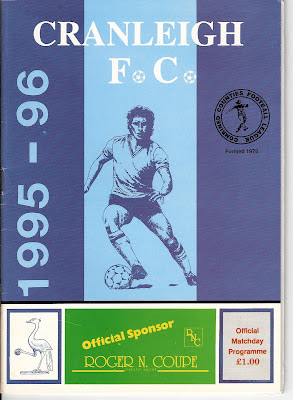