Partick is an area of Glasgow on the north bank of the River Clyde, just across from Govan. Although it remained a village until the middle of the 18th century, it is an ancient place. The Kings of Strathclyde had a residence there, and in 1136 David I granted the lands of Perdyc to the city of Glasgow. The Bishops of Glasgow had a country seat in Partick. It was later the site of Partick Castle, a country home of George Hutcheson (demolished 1836). The well known comedian Billy Connolly was a Partick resident as a child. Partick also harbours Glasgow's smallest graveyard, the 18th century Quaker Burial Ground - the central point of the 'Goat', once the bustling heart of the West End and now a sleepy cul-de-sac.


An opportunity for a weekend in Glasgow had presented itself. We had always enjoyed our time in the city but on this occasion, there was the added bonus of being able to take in a match at Firhill Stadium. An earlier attempt to tick this venue some years previous had been thwarted by a very late postponement. However, the match at Hamden Park between Queens Park and Stenhousemuir was played and saved our footie day! 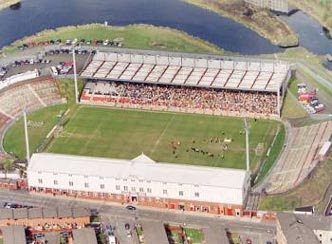 It was easy enough for us to amble over to Firhill on the Sunday afternoon from our Sauchiehall Street hotel. For a bit of spice we sat with the visiting Dundee United support. These folks were mightily disappointed for most of the match as their team trailed to the home side. However Christian Dailey's late strike was enough to ensure a share of the spoils and ultimately following the 2nd leg it was Dundee United that were promoted to the top flight with Partick Thistle heading in the opposite direction. 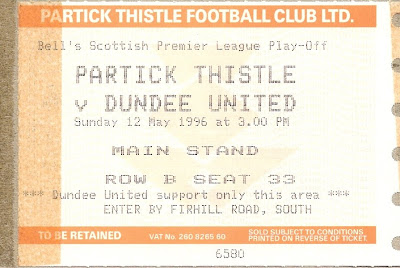 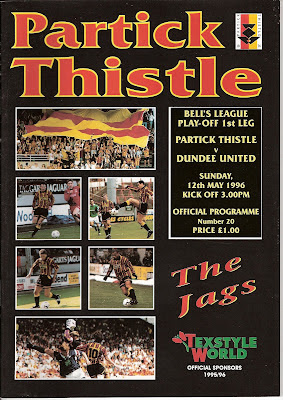