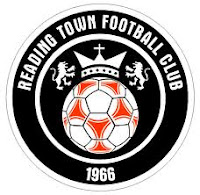 Reading is a large town and unitary authority area in the ceremonial county of Berkshire, England. It was an important centre in the medieval period, as the site of Reading Abbey, a monastery with strong royal connections. The town was seriously affected by the English Civil War, with a major siege and loss of trade, and played a pivotal role in the Revolution of 1688, with that revolution's only significant military action fought on the streets of the town. The 19th century saw the coming of the Great Western Railway and the development of the town's brewing, baking and seed growing businesses. Today Reading is a commercial centre, with involvement in information technology and insurance, and, despite its proximity to London, has a net inward commuter flow. The first evidence for Reading as a settlement dates from the 8th century. By 1525, Reading was the largest town in Berkshire, and tax returns show that Reading was the 10th largest town in England when measured by taxable wealth. By 1611, it had a population of over 5000 and had grown rich on its trade in cloth. The 18th century saw the beginning of a major iron works in the town and the growth of the brewing trade for which Reading was to become famous. During the 19th century, the town grew rapidly as a manufacturing centre. It is ranked the UK's top economic area for economic success and wellbeing, according to factors such as employment, health, income and skills. Reading is also a retail centre serving a large area of the Thames Valley, and is home to the University of Reading. Every year it hosts the Reading Festival, one of England's biggest music festivals.

The football club was formed in 1966 as Lower Burghfield and started life in the Reading Combination League. In the early 1980s they were the Premier Division Champions on four occasions; with the 1983–84 season seeing them not just win the league, but three league cup competitions too. The next season saw them move to the Reading & District League where they finished as runners-up in the Premier Division and went onto win the Reading Senior Cup. The 1985–86 season saw them once again finish as runners-up in the Premier Division, but this time around they had to settle for runners-up in the Reading Senior Cup. During their time in the Reading leagues the club changed its name several times, being known as XL United, Vincents United and finally Reading Garage. In 1989–90 they joined the Premier Division of the Chiltonian League, and changed their name from Reading Garage to ITS Reading. In 1993–94 they changed their name to Reading Town and relocated to their present home of Scours Lane. The 1994–95 season saw the team win the Premier Division Championship, and gain promotion to the Combined Counties Football League. Their first season in the Combined Counties League the club finished mid table but went on to win the Berks & Bucks FA Senior Trophy, beating Lambourn Sports in the final. Floodlights were installed the following season and the team reached the final of the Berks & Bucks FA Senior Trophy, but were beaten by Abbingdon Town. That season also saw the club enter the FA Vase for the first time, where they reached the 4th Round.

This Pieman travelled to Scours Lane by train from London Paddington, it was possible to change services at Reading for a connection to Tilehurst station which is around ten minutes walk from the ground. An entertaining match saw the home side draw 1-1 with visitors Feltham.