Whitehawk is a suburb in the east of Brighton, part of the English city of Brighton and Hove. The area is a large, modern housing estate built in a downland dry valley historically known as Whitehawk Bottom. The estate was originally developed by the local authority between 1933 and 1937 and included nearly 1,200 houses. Subsequently, the Swanborough flats were built in 1967 and during the 1970s and 1980s much of the estate was rebuilt by altering the road layouts and increasing the number of houses. Whitehawk is overlooked by the White Hawk, a chalk carving in the hill at Sheepcote Valley. The White Hawk was carved in 2001 by local artists Same Sky with support from the Friends of Sheepcote Valley and Whitehawk residents. Whitehawk Camp is one of the earliest signs of human habitation in the Brighton area. It is the remains of a neolithic causewayed camp inhabited sometime around 2700 BC and is a scheduled ancient monument. It has been described as one of the first monuments in England to be identified as being of national importance, and one of the most important neolithic sites in the country. 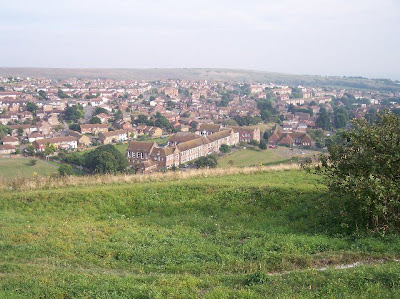 A day out at the seaside – well sort of! We took advantage of the fast, frequent train service from London and spent the morning browsing the shops of Brighton (as you do – Ed) before stopping off for lunch. From the centre it is easy to reach The Enclosed Ground at East Brighton Park. Our bus (regular service) dropped us off at Brighton Marina from where it is only a few minutes walk. Eastbourne Town proved by far to be the better team on the day as they romped to a 4-0 victory. 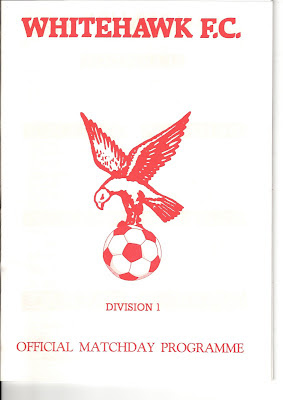