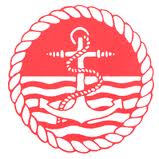 Newhaven is a town in the Lewes District of East Sussex. It lies at the mouth of the River Ouse, on the English Channel coast, and is a ferry port for services to France. The village was of little maritime importance until the opening of the railway line to Lewes in 1847. The London Brighton and South Coast Railway (LB&SCR) constructed their own wharf and facilities on the east side of the river, and opened the Newhaven harbour railway station. The railway also funded the dredging of the channel and other improvements to the harbour between 1850 and 1878, to enable it to be used by cross channel ferries, and in 1863 the Newhaven-Dieppe passenger service was introduced. The harbour was officially recognised as 'The Port of Newhaven' in 1882. Imports then included French farm products and manufactures, timber, granite and slates. Newhaven harbour was designated as the principal port for the movement of men and materiel to the European continent during World War I and was taken over by the military authorities and the ferries requisitioned for the duration of the war. During World War II, large numbers of Canadian troops were stationed at Newhaven, and the ill-fated Dieppe Raid in 1942 was largely launched from the harbour.

Newhaven Football Club was formed in 1887. After the First World War the club played in the Brighton, Hove & District Football League, until the end of the 1919-20 season when they became one of the founder members of Sussex County Football League. It took the club until 1953–54 to win its first title. In 1965, the club was relegated to Division Two, only to return the following season after finishing runners-up. In 1968, Newhaven were relegated again, and this time took four seasons to regain their Division One status, winning Division Two in 1971–72, and Division One in 1973–74. However, the club was relegated in 1976 and spent 15 seasons in Division Two before winning the league in 1990–91. After four seasons in Division One, during which they reached the First Round of the FA Vase, Newhaven were relegated to Division Two again.

This Pieman visited Fort Road to see the home side defeat Redhill 3-1 in a Sussex County League clash. The journey from London Victoria involved changing trains at Lewes. 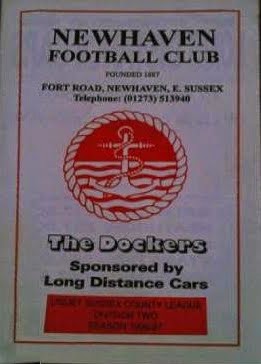