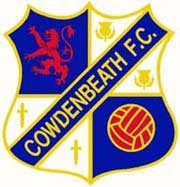 Cowdenbeath is a burgh in Fife, Scotland. The outlying area of the eponymous town was awarded burgh status in 1890. The origin of the name is uncertain. One theory is that Cowdenbeath is an anglicised version of Coilltean Beithe, meaning Birch Woods. A local myth is that Cowden is the name of a warlord based there in ancient times. The town made its name as a famous coal-mining centre. At the height of its size, the town was home to 25,000 people, mostly connected with this industry, but as the mines closed in the 1960s, the population declined in common with the trend of Scottish towns. Cowdenbeath lies in south-western Fife, near the larger town of Dunfermline. As the mining legacy of the town suggests, Cowdenbeath lies near the southern ridge of hills running through Fife.


A long weekend in Edinburgh facilitated this visit to one of those wonderfully sounding clubs from the teleprinter and pools coupon – Cowdenbeath. We arrived in the town by train from Edinburgh. The journey involved crossing the Forth Rail Bridge. Before the match we came across Gronbach’s butchers where we purchased the renowned local haggis. Central Park is less than 5 minutes walk from the railway station. The stadium has a capacity of 4,370. The most unusual feature of the ground is a tarmac racetrack circling the pitch. This is because the stadium is occasionally used for motor sport events. The track means fans on the east and west terraces are quite far away from the pitch. Three sides of the ground are uncovered standing terraces. The seating area is on the north side of the stadium, which seats 1,431 spectators. Another unusual feature is that there are actually two stands here, side by side. Originally there was one main grandstand here which sat 3,500; however half of it was destroyed by a fire in 1992. The surviving section of this stand is called the West Stand, or the Old Stand. Both stands have a row of floodlight pylons in front of them, which can obstruct views. 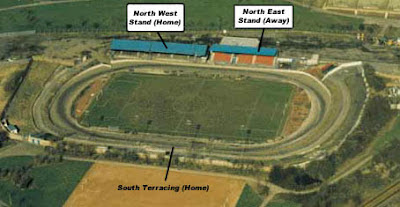 Visitors Inverness Caledonian Thistle had already clinched the championship and were applauded onto the field by their hosts. However they were stunned when Cowdenbeath stormed into a 2 goal lead within the opening 20 minutes. First through a Craig Sinclair header on 13 minutes, followed 4 minutes later by Martin Scott’s strike. Paul Cherry reduced the arrears with 20 minutes remaining but the 302 spectators were not to see any further goals as Cowdenbeath held out for an unlikely victory. 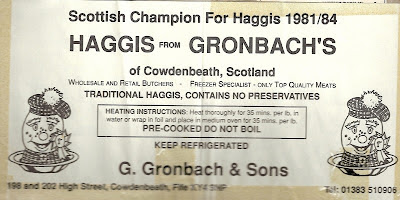 On a subsequent visit to Central Park, Karaoke Bob Gilligan purchased a Gronbach’s haggis. However, he failed to return to London with the said item which to this day, may still be in his hotel! 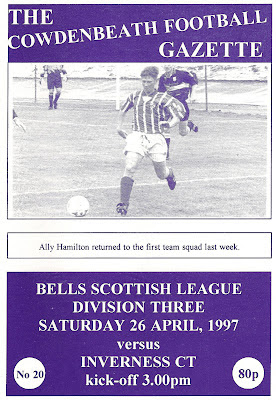