Derby began as a Roman fort. The Romans invaded Britain in 43 AD and by around 50 AD they had built a fort west of the river Derwent on the site of Belper Road. By about 80 AD, they had built a new fort on the east bank of the river, called Derventio. However in the 4th century Roman civilisation declined. The last Roman soldiers left Britain in 407 AD and the Roman buildings at Derby were abandoned and fell into ruins. The name Derby is derived from the Danish words deor by meaning deer settlement.

This was my first visit to Pride Park, having made numerous journeys to Derby County's historic former home, the Baseball Ground. When approaching Derby by train from the South, Pride Park is instantly visible and in fact the rail line curves around the stadium on the approach to Derby station. 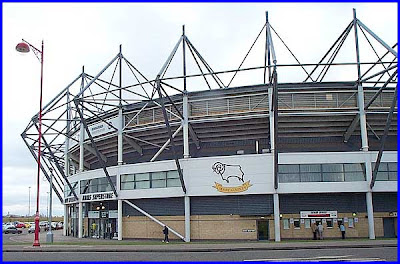 The stadium is no more than 10 minutes walk from the station and this is facilitated by an alternative exit from the station. All Spurs had to show for their efforts on this occasion was a goal from Ruel Fox which matched only half the Derby tally. A crowd of 30,187 was a good indication that the Rams had done the right thing in moving to their new home. 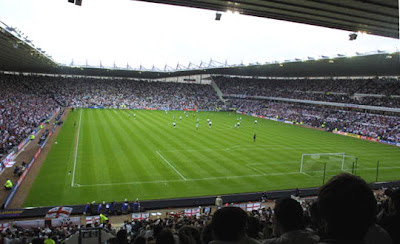 No trip to Derby should be without a visit to one of the number of decent Real Ale pubs in the area. The area around the railway station is particularly well served with the Smithfield, the Alexandra and of course the Brunswick Inn. 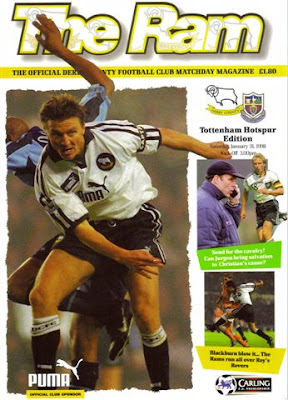 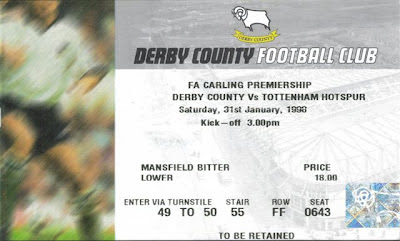