Chişinău, in the past also known as Kishinev, is the capital and largest municipality of Moldova. It is also its main industrial and commercial centre and is located in the middle of the country, on the river Bîc. Chişinău is the most economically prosperous locality in Moldova, and its largest transportation hub. As the most economically and socially important municipality in Moldova, the city has a broad range of educational facilities. In the chaos of the Second World War Chişinău was almost completely destroyed. This began with the Soviet occupation by the Red Army on 28 June 1940. As the city began to recover from the take-over, a devastating earthquake occurred on 10 November 1940. The epicentre of the quake, which measured 7.3 on the Richter scale, was in eastern Romania and subsequently led to substantial destruction in the city. 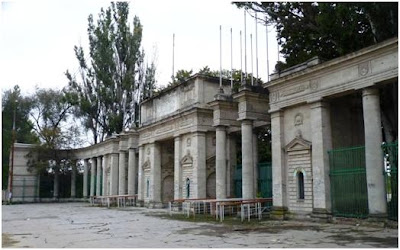 FC Zimbru Chişinău was formed after World War II in the Moldovan Soviet Republic (the present day Republic of Moldova). 'Zimbru' is a Romanian word for a form of European bison but the club previously functioned under various names such as Dynamo, Burevestnik, Moldova, Avântul, and Nistru. The Soviet Era was spent mostly in Class B of the regional league until eventual promotion to Class A. The club then flitted between Class A and Class B as well as spending time in the Soviet Top League and First League. The fortunes of FC Zimbru changed after the fall of the USSR and the establishment of the Republic of Moldova.


This was an amazing trip for the Pieman. We flew to Moldova on an organised trip from Stansted. The remarkable aspect of this being the plane; a Russian Ilyussion was used by Moldovan Airlines to transport us to/from Chisinau. A couple of supporters did not like the look of it and refused to travel! You could actually see the gun turrets from a previous era. The other flight from Gatwick had a normal jet I understand. This Pieman was rather disappointed with the tame 0-0 draw. Spurs led 3-0 from the first leg and just went through the motions at the Republic Stadium. 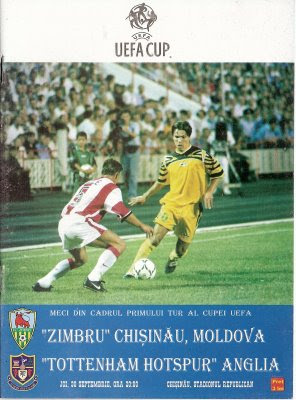 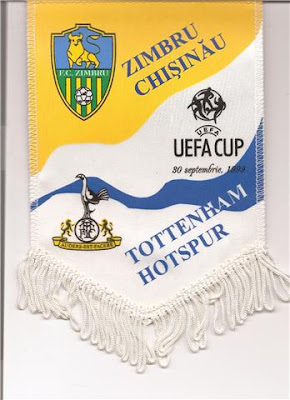