Archaeological finds believed to be 60,000 years old, discovered at Shirehampton and St Annes, provide evidence of human activity in the Bristol area from the Palaeolithic era. By the 14th century Bristol was one of England's three largest medieval towns after London, along with York and Norwich, with perhaps 15,000–20,000 inhabitants on the eve of the Black Death of 1348–49. The plague resulted in a prolonged pause in the growth of Bristol's population, with numbers remaining at 10,000–12,000 through most of the 15th and 16th centuries. Bristol's city centre suffered severe damage from Luftwaffe bombing during the Bristol Blitz of World War II. The original central shopping area, near the bridge and castle, is now a park containing two bombed out churches and some fragments of the castle. 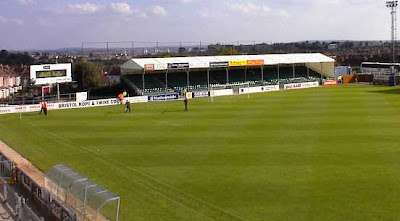 Bristol Rovers FC was founded in 1883 as Black Arabs F.C., and was also known as Eastville Rovers and Bristol Eastville Rovers before finally changing its name to Bristol Rovers in 1898. They were admitted to the Football League in 1920 and have never dropped out of it since. The team play their home matches at the Memorial Stadium, in the Horfield area of the city. The club is their distinctive blue and white quartered shirts, which they have worn for most of their history. 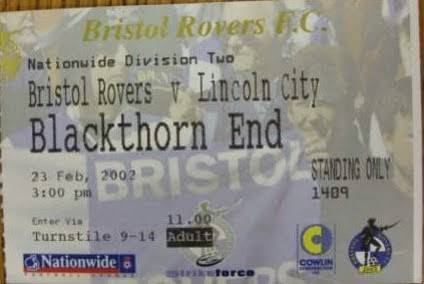 Staying at Weston Super Mare for the following day’s League Cup Final at Cardiff enabled a good opportunity to visit this venue. We were able to walk from Bristol Temple Meads station stopping off for refreshments en route. I recall a very good variety of cornish pasty being available in the ground. 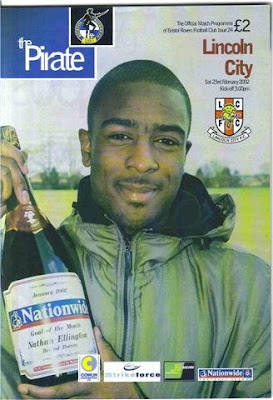