Ilford is a district of the London Borough of Redbridge. Ilford was historically known as Great Ilford to differentiate it from nearby Little Ilford, in the London Borough of Newham. It is bounded in the west by the North Circular Road and the River Roding and is contiguous with Barking to the south, Gants Hill to the north and Seven Kings to the east. The name is first recorded in the Doomsday Book of 1086 as Ilefort and means ford over the Hyle; an old name for the River Roding that means "trickling stream". Little Ilford shares the etymology. A number of major businesses have been founded in the town, including the eponymous photographic film and chemicals manufacturer Ilford Photo. This was founded in 1879 by Alfred H. Harman, a photographer from Peckham, who established the business in a house in Cranbook Road. 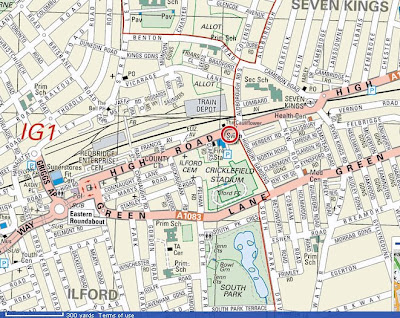 The first Ilford FC were a famous amateur side, founded in 1881 playing in the Southern League and FA Amateur Cup. The club won the Isthmian League three times and were twice winners of the FA Amateur Cup. They played at Lynn Road in Newbury Park, until they merged with Leytonstone to form Leytonstone and Ilford in 1979, the ground being sold to make way for a housing development Dellow Close (named after R Dellow – an Ilford FC player of the 1930s). The current incarnation of Ilford F.C. was formed in 1987 and first played senior football in the Spartan League in the 1988–89 season. They dropped out of this league in 1991, rejoined in 1993, but dropped out again after one season. In 1996 the club resurfaced in the Essex Senior League. 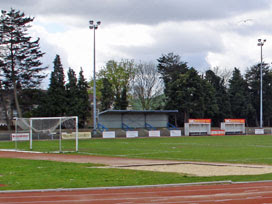 This Pieman took a train from London Liverpool Street to Seven Kings, the nearest station to the Cricklefield Stadium. It only takes a few minutes to walk from there. This Essex Senior League match against local rivals Barkingside was keenly contested with home side winning by the odd goal in five. 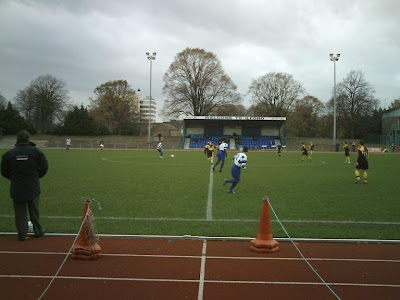 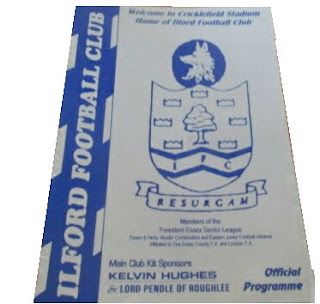 Subsequent visit to the Cricklefield Stadium