Tooting has been settled since pre-Saxon times, and its name means "the dwelling of the sons of Totas". As with many of South London's urban suburbs, Tooting developed largely during the late Victorian years. Some development occurred in the Edwardian years but another large spurt happened during the 1920s and 30's. The BBC comedy series Citizen Smith was set in Tooting and popularised the cry "Freedom for Tooting!” Star of the series Wolfie Smith (played by Robert Lindsay) was a beret-hatted Communist "leftie" type, founder of fictional revolutionary political organisation, the Tooting Popular Front. Neighbouring Mitcham is located between Croydon and Morden. The River Wandle bounds the town to the Southwest. The original village lies in the west, although expansion has pushed the eastern boundary the furthest. Mitcham Common takes up the greater part of the boundary and area to the south. The name "Mitcham" is Anglo-Saxon in origin and is believed to mean big settlement. Even before the Romans and Saxons were present, there was a Celtic settlement in the area. The industrialisation of Mitcham occurred first along the banks of the Wandle, where snuff, copper, flour, iron and dye were all worked. Mitcham, along with nearby Merton Abbey, became the calico cloth printing centres of England by 1750. 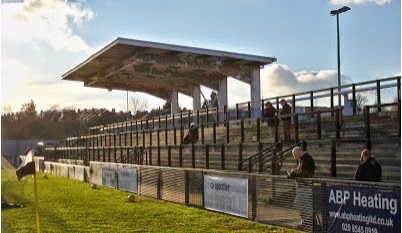 An after work jaunt with involved catching a train to Wimbledon where we enjoyed some refreshment at the local Wetherspoon establishment. After this a short tram journey was undertaken to Mitcham. The tram stop is only a few minutes walk from Imperial Fields. Turn left on the road bridge station exit and keep walking along Bishopsford Road. Imperial Fields is on the left. 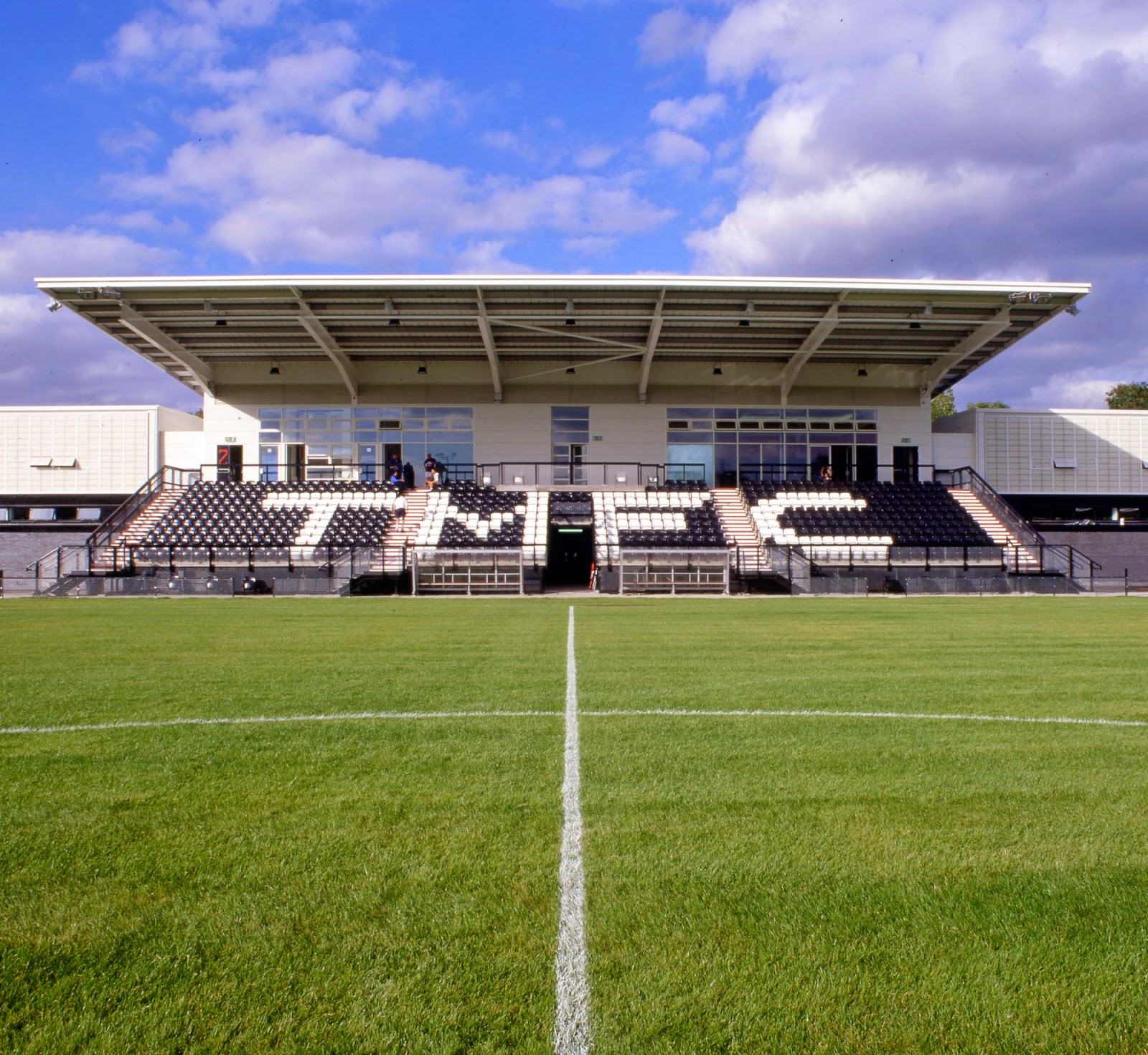 A fairly tame match resulted in a goal per team and a draw was a fair result. Not a great deal else to report. It was a bit disappointing that the only beer available from the club bar was tinned, perhaps this has now changed. For a new build the stadium is good with a fine view afforded from most areas. Strangely though, there are gaps beneath the back walls of the ground above the terracing, which on a windy day will cause unnecessary discomfort. 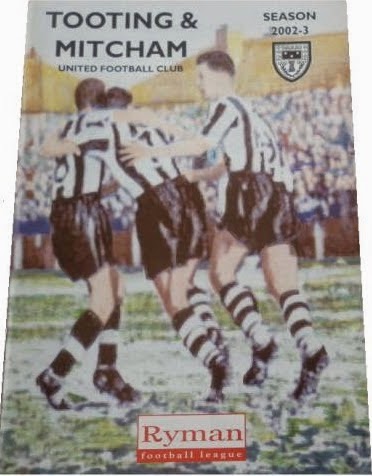